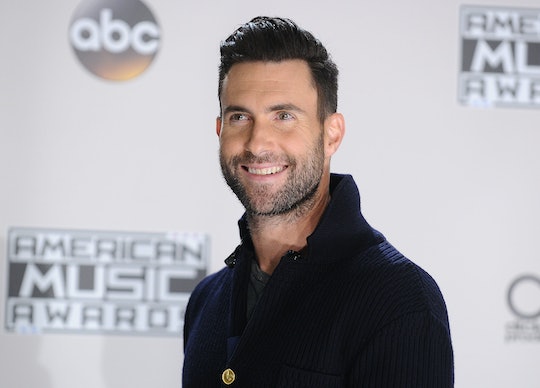 Because “girls just wanna have fun.”

In a recent and rare Instagram post featuring his entire family, Adam Levine and his daughters wore matching pink dresses to play outside and effectively crushed some gender stereotypes in the process. And don’t worry, his wife Behati Prinsloo joined in on the fun, too.

The Maroon 5 frontman is dad to 4-year-old Dusty Rose and 3-year-old Gio Grace, and over the years, he has made it clear that his time with his daughters is top priority. When Levine left his coach position on NBC’s The Voice in 2019, he happily became a “stay at home dad,” as he told Ellen DeGeneres at the time, and focused on spending lots of time with his little girls. “It's nice to be able to just stop it in this moment to spend time with my new, young family."

More than a year later, the fun is apparently still going strong with the little family. On Tuesday, Levine shared a photo featuring the entire family in pink tie-dyed dresses on Instagram, which he captioned “girls just wanna have fun.” The photo shows them all holding hands, all with their backs to the camera, presumably in an effort to hide their daughters’ faces as both Levine and Prinsloo have done in the past.

Adam Levine wore a pink dress to match his daughters.

Levine also included a nail painting emoji with his post, and we can only imagine that he spent time painting nails with his little girls as well. How precious is that?

The “Moves Like Jagger” singer’s followers certainly loved seeing the proud dad kitted out in a pink dress with his daughters and left supportive messages like, “love you all” and “you’re the best daddy.”

Levine certainly gives every indication that he is loving his life as a dad to his little girls. In February, he shared a photo of one of his daughters gently holding a butterfly in the palm of her hand with the caption, “I believe the future has potential.”

Everyone needs to find their own style as a parent, and Adam Levine certainly seems to have found his. Embracing being a girl dad by wearing a dress with his daughters and maybe even painting some nails. It sounds like a whole lot of fun.