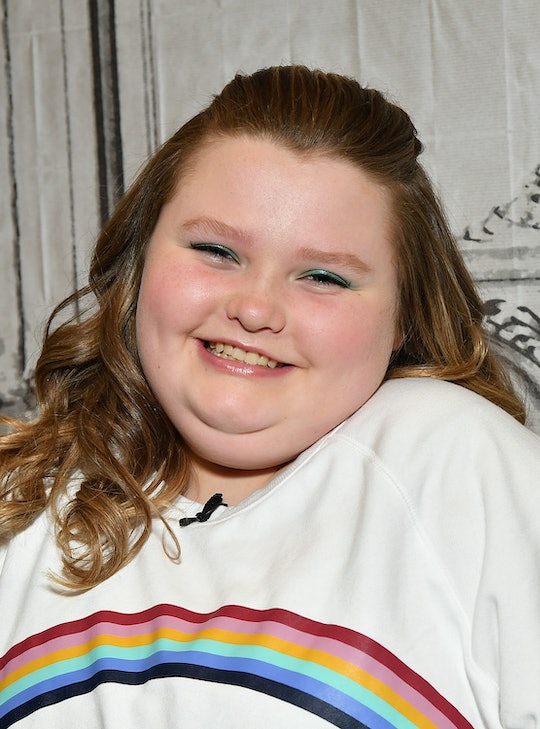 “I didn’t know where I was going to end up.”

When Alana “Honey Boo Boo” Thompson was just 6 years old, she got really famous really fast. She first appeared on TLC’s reality series Toddlers & Tiaras as a child beauty pageant contestant before branching off with her own series, Here Comes Honey Boo Boo. Now she is 16 years old, finding her own way, becoming her own person. And in a recent interview with Teen Vogue, she reflected on her past with wisdom beyond her years, including her mom’s struggles with drugs.

Thompson is one of four daughters to June Shannon, all of whom have spent some significant time in the spotlight over the years. It’s a difficult position to be in, particularly when June struggled with drug addiction, at one point admitting that she spent more than $900,000 on drugs in one year, according to Page Six.

“It's very, very hard. It's something I'd wish on nobody, for real,’ Thompson shared with Teen Vogue, later adding, “A lot of folks in this world do not realize how many people are actually really affected by drug and alcohol [use],” Thompson shared with Teen Vogue, going on to admit that she and her mother are just now getting “back on track” with their relationship. But it’s been a long road for the family.

Alana Thompson opened up about her mom’s drug struggles.

Thompson sat down to confront her mom in April over her drug use during an episode of Mama June: Road To Redemption on WE tv about how her drug use affected her. “You don’t know how many nights I cried myself to sleep just hoping and praying that you didn’t overdose,” she told her mom at the time. “I just wanted you there, and even if I texted your phone, I wouldn’t even get a text back. So hell, I never knew if you were alive or dead anyways.”

It’s an issue that affects more than 8.7 million in the United States under the age of 17, according to a 2017 government survey, living with a parent with a substance abuse issue. Living with that kind of uncertainty and fear and worry takes its toll, perhaps especially when it’s played out in such a public forum.

“When my mama got real bad with her [drug use], I didn't know where I was going to end up,” Thompson told Teen Vogue. “I'm proud of myself for how far I've come.” She’s come far enough that she’s ready to leave the name Honey Boo Boo behind, telling the outlet, “My mama did not name me Honey Boo Boo. My name is Alana.”

Thompson is ready to focus on her education, her dream of becoming a neonatal nurse, her after school job. She’s ready to be a 16-year-old girl. Looking forward instead of backward.