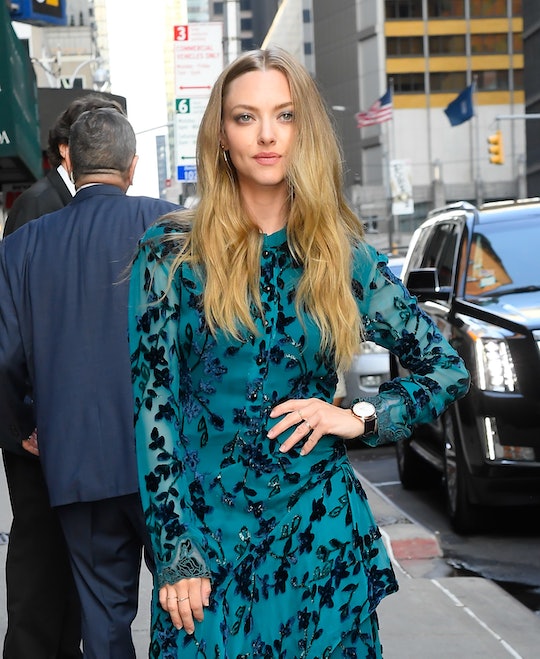 Talk about one very cute and very surprising appearance.

Any parent who has had to work from home in the past year has experienced some kind of interruption from their kids in some way or another, and even celebrities know this to be true. Although she tends to keep her children away from the spotlight, Amanda Seyfried’s son made a surprise appearance on the TODAY Show, showing that even she has to deal with little Zoom crashers from time to time.

During her interview on Sunday TODAY over the weekend, the Oscar nominated actress got a surprise visit from her 6-month-old son, who is reportedly named Thomas, according to StyleCaster. The Mean Girls actress, who lives on a farm in upstate New York with her husband, Thomas Sadoski and their two kids, is notoriously private about her family. Seyfried will rarely post photos of them to social media and kept her second pregnancy a secret, finally sharing a photo of her bump to Instagram days after it was announced that she had given birth.

But fans finally got to see a brief glimpse at Seyfried’s newest addition when she sat down for an interview with TODAY anchor, Willie Geist, on Sunday. She told him that there are so many benefits to living at the farm. Not only does she get to spend time with her animals every day, but she gets to spend more time with her 4-year-old daughter, Nina and infant son, who she introduced to Geist on camera. “He’s my guy!,” Seyfried said of Thomas, while picking him up into her on camera. “You can look at that nice man,” she told him.

You can see this adorable interaction transpire around six minutes and 30 seconds into the interview.

From what you can see in the interview, her little “guy” is too cute, especially since fans who follow her on social media might not get to see that all of the time. Seyfried has only posted two photos of her baby boy since giving birth to him this past September.

Although she might be nominated for an Academy Award this year, Seyfried’s surprise appearance from her son shows that she is just a normal mom, whose Zoom calls for work can sometimes get interrupted from her kids. Seyfried told Geist that she wants people to see this side to her. “I like a normal life,” she said. “I fought so hard to impress upon people that I am normal, that I do not have someone waking me up with breakfast in bed and that I’m not chauffeured around.”

This interview and appearance from her son is proof of that.