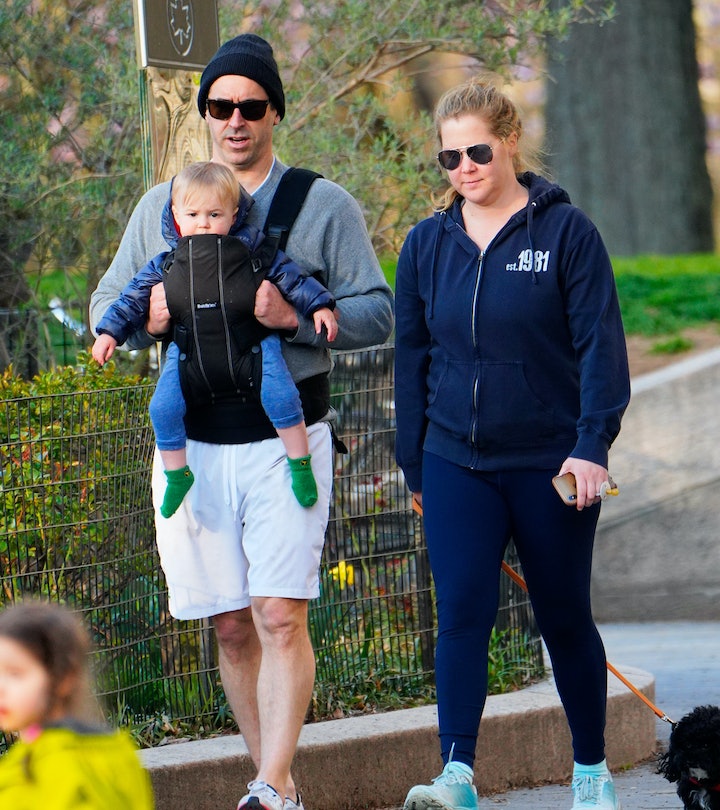 Well, that’s one way to keep track of your kids.

Comedian Amy Schumer won’t be losing her 1-year-old son, Gene, around the house anytime soon. This is because Schumer’s son is only wearing tap shoes around the house, according to a recent Instagram post, and making sound wherever he goes.

Toddlers can be headstrong and defiant when it comes to their outfit choices, and Schumer’s son has recently made the best outfit choice of all. Instead of wearing a pair of standard shoes, she revealed that Gene is choosing to wear tap shoes. In a video, posted to Schumer’s Instagram account, Gene can be seen (and heard) pulling their dog, Tati, on a yellow toy bus, while his black patent leather tap shoes make clacking sounds on their hardwood floors. Both Gene and Tati seem pretty pleased when it comes to these decisions.

“Gene only wears his tap shoes these days,” Schumer captioned the videos. “And Tati caught the bus.”

Tati wasn’t the only one to catch something — this video has caught the attention of Broadway stars like, Ben Platt, who commented “how is this real.” “This is amazing #goals,” Amanda Kloots, who has also appeared on Broadway, added.

Not only is this a fantastic way for Schumer to know where Gene is at all times, but it also appears a great way for Tati to go on a walk without actually having to go for a walk.

Gene already seems to be a pretty talented kid, and he’s not even two years old yet. In an interview with TODAY in January, Schumer revealed that he can already hail a taxi cab. “He’s doing really big things right now,” she shared. “He’s standing on one leg, and he’s pretty proud of that.”

In addition to that, he is showing off his acting chops by appearing in a voting PSA video alongside his mom and apparently practicing his tap dancing moves. Who knows? Maybe he’s just practicing now for his big Broadway debut in the future.