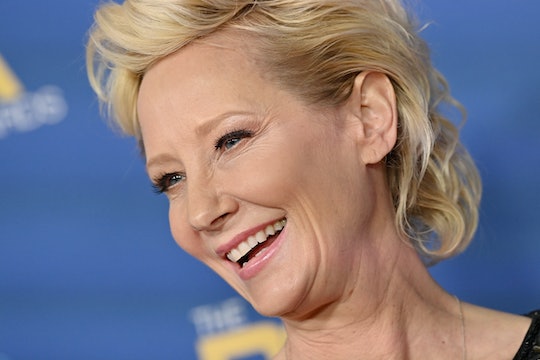 “We are convinced our Mom would love the site we have chosen for her.”

Actress Anne Heche, best known for her roles in movies like Donnie Brasco, Catfight, and the remake of Psycho, died on August 12 following a devastating car crash on August 5. Heche, who was only 53, boasted a decades long acting career and was also a proud mother of two sons, Homer, 20 and Atlas, 14. Homer recently shared a statement announcing that he and his brother had chosen to inter their mother in Hollywood Forever Cemetery in Los Angeles. “We are convinced our Mom would love the site we have chosen for her; it's beautiful, serene and she will be among her Hollywood peers," he said.

Here’s what to know about the actress’ final resting place and the beloved family she leaves behind.

Hollywood Forever is an iconic cemetery & an integral part of LA culture.

TMZ reports that Heche will be cremated, and that her remains will be placed in the mausoleum walls with a view of the lake located on the grounds.

Established in 1899, Hollywood Forever Cemetery can be found in the heart of the Hollywood neighborhood of Los Angeles. Famous “residents” include film legends like Cecil B. DeMille, Rudolph Valentino, Jayne Mansfield, Judy Garland, and many more. But to Angelenos, Hollywood Forever is more than “just” a graveyard. For more than 20 years, films have been screened on the grounds, and a variety of cultural events take place that make it as much a place for living as for memorializing the dead. This fact appears to bring comfort to Heche’s sons; Homer praised Hollywood Forever as “a living place.”

The Men In Trees actress and her then-husband Coley Laffoon welcomed son Homer in 2002. Becoming a mother was a monumental experience for the actress, who told People in 2009, “Obviously, the miracle of life for a mother is just dumbfounding. It's so hard to explain how wonderful it is to look in the eyes of a child that you're blessed with.”

When Heche gave birth to son Atlas in 2009, she told People her baby boy was a total pleasure. “He’s just so easy I can’t believe it,” she said at the time. “He cracks a smile every time he opens his eyes and he’s a real bundle of joy.” That being said, Homer wasn’t so sure about his baby brother at first. “It’s hard to share attention,” Heche said. “I mean, everyone says that, but he’s really found his stride now and he’s very protective of him.”

Heche was weepy when Atlas became a teenager.

When Atlas turned 13 in March, his mom shared a sweet photo of the two of them mugging for the camera with a message saying that she celebrates “both of my sons for each of their monumental birthdays.”

Homer advocated for his mom’s medical care & has managed her funeral arrangements.

After Heche was involved in the devastating car crash, her 20-year-old son Homer stepped up to advocate for her care. It would be a difficult position for anyone, let alone a man as young as Homer. “He's being as strong as he can be. Her family is ready to surround her, and be there if she wakes up,” a source told Entertainment Tonight, noting that he has been at his mother’s side in the hospital. “Everyone is waiting for that to happen.”

In his latest statement, Homer acknowledged his mother’s legacy as an entertainer. “She was our Mom, but the kindness and the outpouring of the past few days reminded us that she also belongs to her fans, to the entertainment community, and now, to the ages."

This article was originally published on Aug. 12, 2022