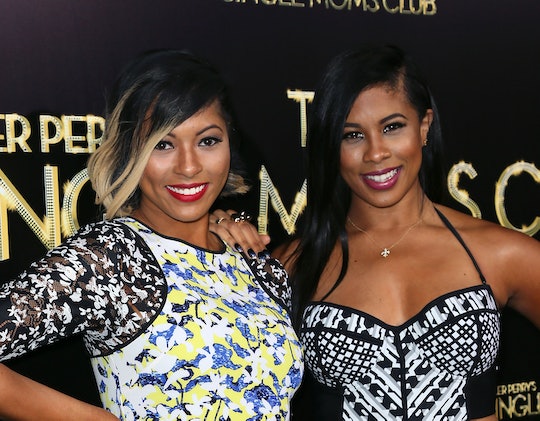 Arin Jackson and Alexis Jones are nominated for a Grammy.

Alexis Jones and Arin Jackson set off on a mission to create nursery rhymes for Black children so they can sing along to voices they can resonate with. The two sisters are pushing for more diversity in children’s music and that push has paid off: they’re nominated for Best Children’s Album at the 2022 Grammy Awards. Also known as The Magic Jones, Jones and Jackson are making waves with their upbeat, catchy tunes, so here’s everything you need to know about the duo.

All One Tribe is nominated for a Grammy.

One of Jones and Jackson’s songs is part of the collective album All One Tribe, which is nominated for best children's album. All One Tribe is a 25-track album comprised of 24 Black family music artists from around the world, including Groovy Nate, Aaron Nigel Smith, and Culture Queen. Song genres touch on topics such as Black history, vaccinations, motivation, and STEM. The Magic Jones’ single “Clap Your Hands” is featured on the album.

Jones and Jackson are no strangers to the music industry.

Before entering the children’s genre, both sisters already had extensive résumés in the music industry. Jackson is part of the Grammy-nominated R&B group Brownstone, and, according to CNN, Jones has performed as a member of Kanye West's Sunday Service Choir. Jones also has a singing credit in Tyler Perry’s A Madea Christmas movie.

Jackson is a mother of two and Jones is a proud aunt.

Jackson is the mother of two sons, Cruz and Cal, with husband, former NFL player Tyson Jackson. Jones does not have any children but calls herself a proud “TeeTee” and “godmom.”

The sisters are also both graduates of Louisiana State University. LSU’s alumni association recognized the sisters’ Grammy nomination on their Instagram page in March. “So proud to be LSU Alumni and super honored to be recognized! LSU helped us get our start in the business!” the sisters wrote on Instagram.

The pandemic inspired their route to children’s music.

The New Orleans natives were inspired to create the album during the pandemic. Jackson was homeschooling her two kids when she noticed a lack of diversity in children’s nursery rhymes and lullabies. She called Jones and the two worked with another local artist to develop an album that would change that narrative. The sisters were adamant about creating music in which children, specifically Black children, could be inspired and see themselves.

“We made sure that we made an album that visually you could see that we had some representation and also that we could hear representation, that we saw that Black people are doing family and children’s music,” Jackson told WDSU News reporter Deja Brown.

One of their biggest obstacles was breaking into a genre that was not overly diverse. “I would say the biggest challenge was kind of pushing the envelope and pushing our way into the genre of children's music,” Jackson told CNN in a previous interview. “Because it's so dominated by white artists.”

The sisters are already working on a new album.

In February, the sisters announced on their Instagram page that they are working on a new album and its theme will be sisterhood. “Working on a new The Magic Jones album … the theme is sisterhood!” they shared. “This album is already fun to make! Sending Love and light today and everyday!”

And just last month, in celebration of their Grammy nomination, the city of New Orleans recognized the sisters in a proclamation among other New Orleans artists. “It was amazing,” Jackson told WDSU. “It’s really the biggest recognition, it’s bigger than the Grammys, to be able to come back home and be recognized at the place where you started, in the place that raised you with people that helped raise you.”

You can listen to The Magic Jones on Spotify.

You can listen to the The Magic Jones’ music from their album Adventures Of The Music Box and the entire All One Tribe album on Spotify as well all other music platforms.