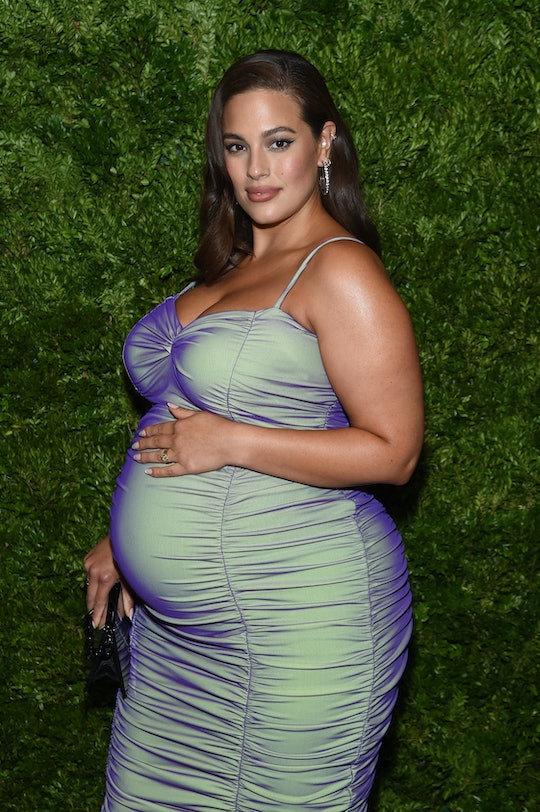 She positioned the doll and T-Rex nicely.

Ashley Graham is nothing if not well-prepared. She and husband Justin Ervin are getting ready to welcome twin boys in a matter of weeks, and the model is going to be ready for it. Ready to change two sets of diapers, figure out two different sleep schedules and oh yes, she’s even getting in some twin breastfeeding practice. How, you ask? With a doll and a T-Rex.

Graham shared a series of photos on Instagram of the past few weeks of her pregnancy and how she’s getting ready to become a mom to three boys under the age of 2, including her nearly 2-year-old son Isaac. In one photo, she is hydrating, in another she looks to be practicing cupping massage on her pregnant belly. Her little boy Issac is seen playing with his toy trucks while she and her mom watch over him. And finally, there is the tandem breastfeeding practice photo. Where she has a doll and a toy T-Rex positioned at her breasts on a nursing pillow, holding their heads gently as though they really are breastfeeding. Little blankets rolled under their heads and everything.

What a powerful reminder of just how busy she’s about to become.

The Pretty Big Deal podcast host received lots of love from fans with her breastfeeding practice photo. “That T-Rex positioning!” wrote one, while another added, “Getting ready for those babies!!! Lovin it!!!”

Graham has been keeping her millions of followers up to date on her second pregnancy since July, when she first announced she and Ervin were going to make Isaac a big brother with a gorgeous photo of her baby bump. In September, they shared word that they were expecting twins in a hilarious video at their sonogram appointment, where both parents were shocked to learn they would be parents of three boys in a very short period of time.

Big healthy boys at that. In a December Instagram Story, Graham revealed that her twin sons were already six pounds each, according to The Daily Mail, which is pretty exceptional since the average weight of full term twins is five and a half pounds each, per Parents.

Great for healthy twins, tough for Graham’s back; thank goodness she’s invested in a belly cradle to ease some of that strain. Truly a well-prepared mom.