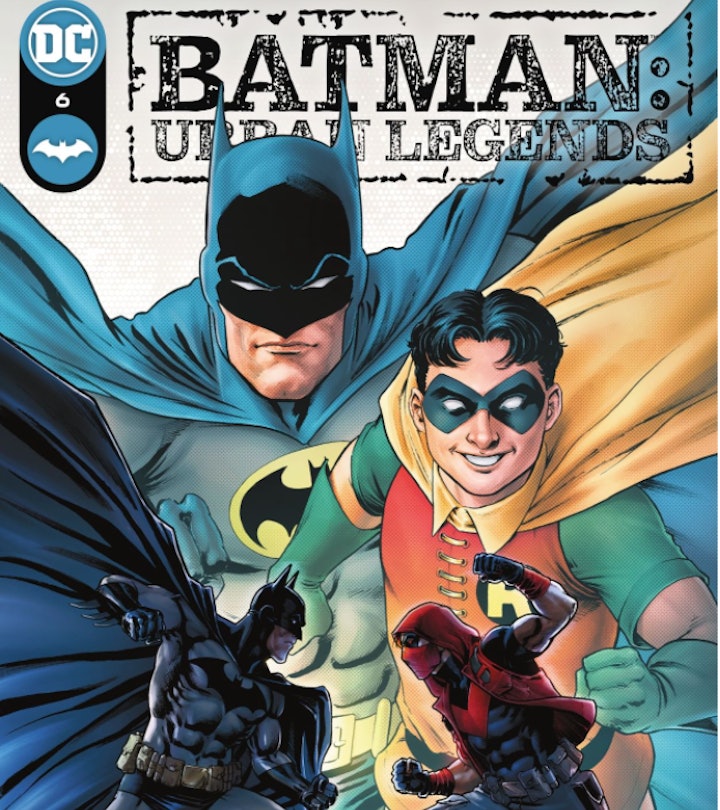 Robin Comes Out As LGBTQ+ In New Batman Comic

Robin, Batman’s ever-faithful sidekick, has stepped out as a member of the LGBTQ+ community. In the latest issue of DC Comics Batman: Urban Legends series, Robin, whose civilian name is Tim Drake, has a “lightbulb moment” about his sexuality after reconnecting with an old friend. That epiphany leads Drake to say yes when his friend eventually asks him out on a date. LGBTQ+ advocates have applauded DC Comics decision to follow Drake as he explores a possible bisexual identity.

“The quantity, quality, and diversity of LGBTQ characters and stories in comics have been growing exponentially in the past few years,” GLAAD tweeted. “We love seeing today's news about Robin, especially when visibility of bi men in media remains low.”

In the DC universe, Batman and Robin have been a team since 1940. But while Bruce Wayne has always been Batman, multiple characters have stepped into the role of Robin. According to NPR, Drake is the third person to become Robin. First introduced in 1989, Drake was created by Marv Wolfman and Pat Broderick following the death of Jason Todd (the second Robin). And he’s previously been romantically linked to Stephanie Brown, another superhero/sidekick character in DC Comics’ Batman universe.

In Batman: Urban Legends #6, however, writer Meghan Fitzmartin and artist Belén Ortega crafted a storyline that sees Drake open to dating men. Things kick off when Drake’s old friend Bernard is captured by a mysterious villain as the two are hanging out. While working with Bernard to defeat the villain, Drake has what he calls a “lightbulb moment” after Bernard refers to their hanging out as a date.

“Ever have a lightbulb moment?” Drake is shown wondering as he fights. “Like something out in the ether has been taunting you, teasing you. Like you know you’re supposed to be on the same page as your brain but not everything made sense. People keep asking me what I want. But I couldn’t grasp it. Whatever it was. It always felt just out of reach. Until now. Until right now.”

The issue ends with Bernard asking Drake on a real date and Drake accepting.

But while Robin and Drake fans have cheered the character’s latest development, Fitzmartin has clarified Drake hasn’t labeled himself quite yet. “I wanted to pay tribute to the fact that sexuality is a journey,” Fitzmartin told Polygon. “To be clear, his feelings for Stephanie have been/are 100% real, as are his feelings for Bernard. However, Tim is still figuring himself out. I don’t think he has the language for it all... yet.”

Ultimately, Fitzmartin said Drake’s latest storyline is a story of identity and discovery, something many people within the LGBTQ+ community will likely relate to. As for what happens next, fans will have to wait for a future issue.

More Like This
Chris Evans Has Choice Words For Critics Of The Same-Sex Kiss In 'Lightyear'
I Started a Magazine for Gay Parents in 1998. Here's What's Changed Since Then.
10 Of The Raddest Movies From The '90s To Watch On Girls Night
Princess Charlotte Got So Excited To Shake A Royal Fan's Hand