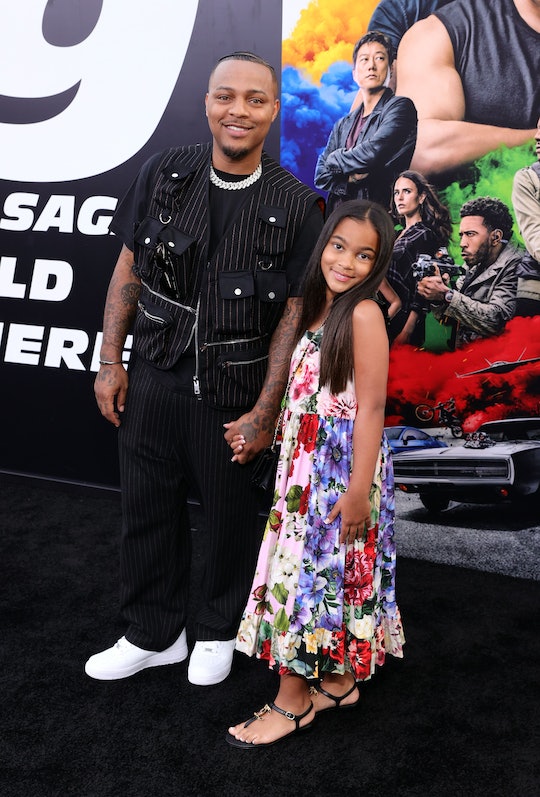 Leave it to the kids to tell it like it is!

Bow Wow’s daughter, Shai Moss, has her mom, Joie Chavis, down to a tee. The 10-year-old actress impersonated her mother in various scenarios in a recent TikTok video that were apparently so accurate, Chavis captioned the video with several crying face emojis.

In the video, Shai mimics her mother’s reaction to situations like seeing clothes in the hallway, telling Shai to get off the phone and do her homework, getting the remote (classic parent move), and asking to go to a friend’s house. “Shai!” the young girl acts out as her mother in one scene while lying in bed, then softly adds, “Come get the remote off the dresser.”

Chavis jokingly argued that her firstborn was being dramatic, captioning the video on her Instagram, “Not y’all messaging me saying this is 100% accurate. She being dramatic!” But those who know the pair beg to differ, including Bow Wow’s mother and Shai’s grandmother, Teresa Caldwell, who commented under the video, “@joiechavis this is so you!”

Shai is Bow Wow and Chavis’ only child together, who was born in 2011. The two started dating in 2010 and broke up in 2013. Moss also has a son, Stone, with model Olivia Sky, and Chavis has a son, Hendrix Wilburn, 2, with her ex, rapper Future.

The Growing Up Hip Hop Atlanta star talked about the ease of co-parenting with Chavis and their relationship with Hollywood Unlocked UNCENSORED. “Oh it’s easy, me and Joie, that’s my dawg. So proud of her,” the 34-year-old said in the March interview. “It’s easy man, and I think with time, you know, not everything is perfect in the beginning, but as we grow, and we mature, and no one likes drama. … That’s my dawg for life, and she know I’ll do anything for her, that’s my homie.”

Shai and Chavis are an adorable mother-daughter duo. In fact, their dance videos on TikTok are a huge hit with their fans, in which case, mom is almost always the backup dancer.