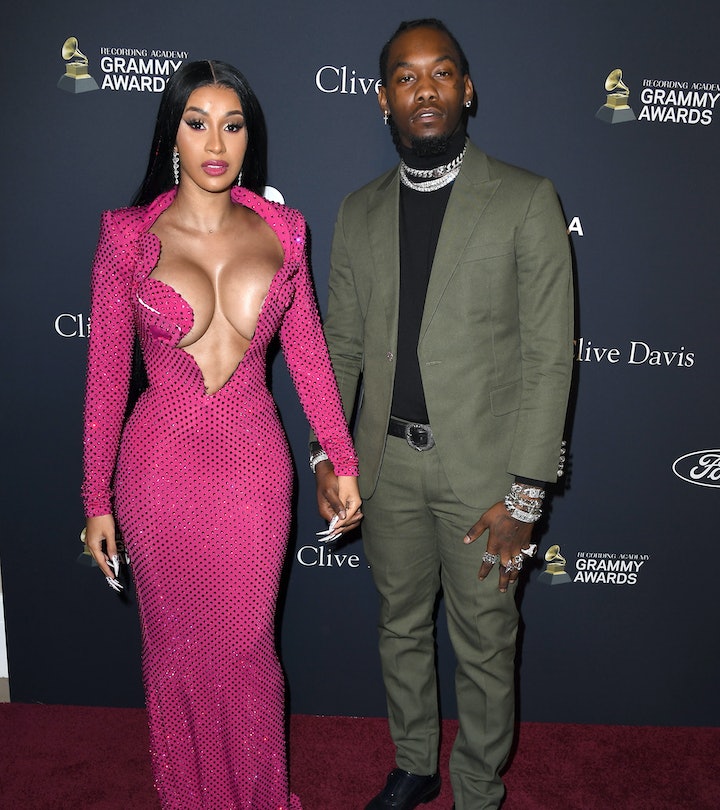 It’s the moment we’ve all been waiting for! (At least fans of Cardi B and Offset.) The couple has finally revealed the name of their infant son.

On Thursday, Wave Set Cephus was officially introduced to the world. His father, whose real name is Kiari Kendrell Cephus, posted a picture of the little boy on his Instagram and captioned it with his name. Cardi B followed up with a video on her Twitter showing a bejeweled necklace that read, "Wave."

Wave was born on Sept. 4., 2021. His debut to the public world as a newborn in the hospital under a Louis Vuitton blanket. Wave is the youngest son of Cardi and Offset. The couple also has a daughter together, 3-year-old Kulture Kiari Cephus.

On Thursday, Essence Magazine revealed their May/June cover that shows the entire family together. In the story, the couple talks about protecting their children. Recently the “Boak Yellow” artist made Kulture’s Instagram page private because of trolls.

“We went through a lot of sad things when it comes to Kulture — terrible behavior that not even the older kids have ever been through,” Cardi told Essence in the cover interview. “So many people will post mean, disgusting things, just to get a reaction from us.” It was for that reason the couple waited to show Wave to the world. Cardi admitted: “We want to protect our feelings, because we get very, very angry and upset.”

Also on the cover are Offset’s three other children from previous relationships: 7-year-old Kalea, 7-year-old Kody, and 12-year-old Jordan. Cardi told the magazine it was important to include the kids and celebrate their blended family.

“I feel like sometimes people go into a relationship with a man or a woman who has kids with negativity and I feel like people should embrace it, and love it,” she said. “I love our family, and I wouldn't want it any other way.”