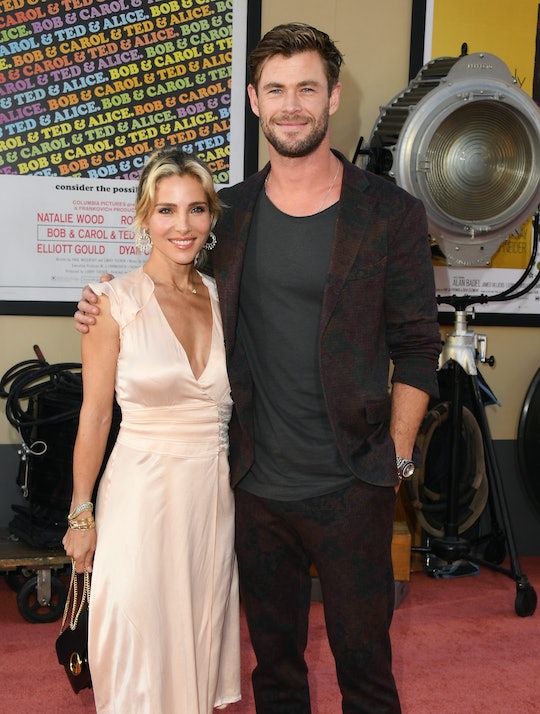 Chris Hemsworth’s Kids Made Him An Epic Birthday Cake

Call it riding a sugar high.

There’s nothing like a homemade gift. In honor of his 38th birthday this week, Chris Hemsworth’s kids really went above and beyond when they made him one epic birthday cake that was decorated just for him.

Hemsworth and wife, Elsa Pataky, are the parents to three kids — 9-year-old daughter, India, and 7-year-old twin sons, Sasha and Tristan. While it’s possible that they could step in their father’s super human footsteps and become actors, or the stars of their own Marvel movie franchise, Hemsworth’s kids might also have a future in cooking up some seriously sweet treats.

For their dad’s 38th birthday on Aug. 11, the three Hemsworth kids baked a super special birthday cake featuring their father (made out of fondant, of course) surfing on top of some massive blue waves and a totally epic pile of sprinkles. While his kids might have gotten the eye color wrong or the exact body shape, they absolutely nailed his stance and the surf board. Not to mention, the cake looks absolutely delicious, which really is the most important part.

“Had an epic day with the family and succeeded in devouring 75% of this awesome cake that my kids made before collapsing into a giant, sugary heap of joy,” Hemsworth wrote in the caption of the Instagram post. “Love you all! Cheers!”

Hemsworth’s love of surfing has been well documented. In addition to his career, the Australian actor loves catching waves, and even his kids have taken surfing lessons, according to the Daily Mail. And just like his kids did for him, even Hemsworth has gotten in the kitchen to bake his daughter a T-Rex cake for her fourth birthday in 2016.

Whether they’re in the kitchen or on a surf board, Hemsworth and his three kids are seriously talented. Like father, like children.

More Like This
Chris Pratt Says He "Cried" About That "Healthy Daughter" Instagram Post Controversy
Ben Affleck’s 10-Year-Old Son Samuel Test Drove A Lamborghini Right Into A BMW
Prince William Shares How He Plans To Follow In His Mother's Footsteps With His Kids
Elon Musk's Child Files To Change Name, No Longer Wants To Be "Related" To Father