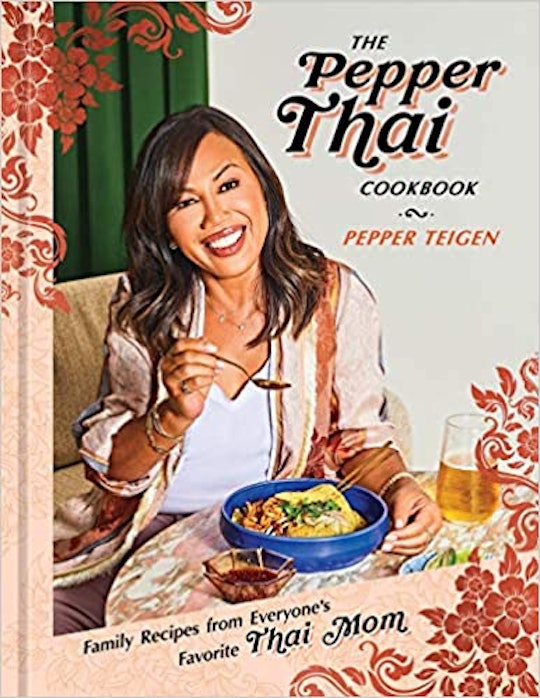 “We talk about him every day.”

Chrissy Teigen and John Legend’s late son Jack will never be forgotten by his family, including his grandmother. In fact, Teigen’s mother, Vilailuck "Pepper" Teigen, has dedicated her new cookbook to Jack as a way to honor her grandson.

Teigen and Legend lost their third child at 20 weeks gestation last October after Teigen was hospitalized for heavy bleeding and a “very weak placenta.” Teigen has openly grieved the loss of her son on social media, calling it “hard” but “transformative,” while Pepper shared an emotional video about the loss of Jack on her own Instagram. “My heart aches love you so much baby Jack,” she captioned the video posted on Oct. 1.

Five months later, Pepper’s new cookbook, The Pepper Thai Cookbook: Family Recipes from Everyone's Favorite Thai Mom, will be released on April 13 and she chose to dedicate it her late parents as well as her grandson, as she shared in an interview with WSJ Magazine.

Pepper added that her daughter, who is also the author of two cookbooks, was her inspiration in writing her own cookbook. “[Chrissy] put a lot of trust in me and told me that I was the best cook and that I need to write these recipes down,” Pepper said in the same interview, adding that the book will also be a keepsake to pass down to her grandchildren, 4-year-old Luna and 2-year-old Miles.

While her daughter and son-in-law are wildly famous, Pepper has become a celebrity in her own right over the years. Her Instagram account has over 415,000 followers who are treated to endless posts on traveling, throwback photos, pics with her grandkids, and of course, good food. And now that Pepper’s book release is near, those who love following her can create some of the same delicious Thai dishes she makes for her own family.