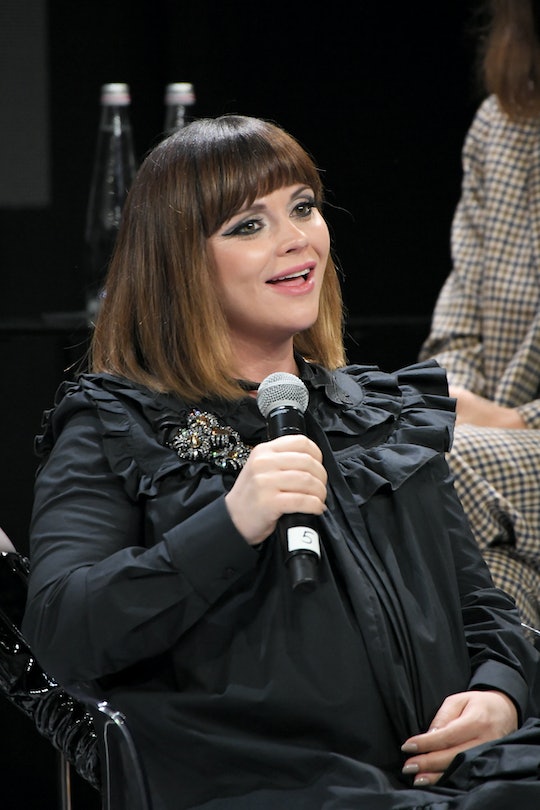 “He got so excited he put it on Instagram,” Ricci said, adding that media outlets immediately picked up the name — before she’d learned it.

In December, Christina Ricci and her husband Mark Hampton announced they’d welcomed their first child together: a daughter they’d reportedly named Cleopatra Ricci Hampton. Except it turns out, Hampton got a bit carried away (having a child is exciting, after all) and accidentally named the newborn without confirming things with Ricci. In fact, Ricci recently told talk show host Ellen DeGeneres that she learned her baby’s full name only after it was shared on Instagram.

“We were going to call her Cleo,” the 41-year-old Yellowjackets star said of her now one-month-old daughter in a sneak peek of The Ellen DeGeneres Show’s Thursday episode. “I had a C-section and right before when they were preparing me they started talking about how we had to fill out birth certificate stuff my husband was like, ‘Well, we’re going to give her a full name right? And then her nickname is Ceo?’”

Ricci said Hampton assumed their daughter’s legal name would be Cleopatra, while she’d thought it would just be Cleo.

“I was like, ‘We’ll figure this out later,’” Ricci said, meaning after she’d delivered via C-section. “But he figured it out while I was in recovery.”

Hampton was reportedly so excited about his daughter’s birth that he announced her arrival and the name he thought they’d agreed on via social media while Ricci was still recovering. “He got so excited he put it on Instagram,” Ricci said. “And media outlets picked up that her name was Cleopatra Ricci Hampton, and I was like, 'Oh, I guess her name's Cleopatra.’”

But it seems Ricci is not too upset about the last-minute switcheroo.

“Cleopatra is good,” she told DeGeneres. “It’s a queen’s name.”

Now a mom of two, Ricci revealed she’s found handling the sleep deprivation that comes with parenting a newborn to be a bit more difficult the second go around. “It’s harder when you’re older,” Ricci, who shares a 7-year-old son with ex-husband James Heerdegen, told DeGeneres. “I’m now 41 years old and I thought they were just kidding but they weren’t kidding. It’s so much harder to deal with.”

Even 7-year-old Freddie is having to adjust to the lack of sleep a new baby can bring to a household. “He does not like the lack of sleep and chaos that’s going on in the house but he’s being very good,” Ricci said of her son. “He loves being a big brother so much. He kisses her all the time.”

More Like This
Here's The Best Time To Remove Your C-Section Tape
Can The Way You Sleep Really Turn A Breech Baby?
These Darling Baby Boy Names All Start With The Letter "D"
Can You Help Your Baby’s Hair Grow?