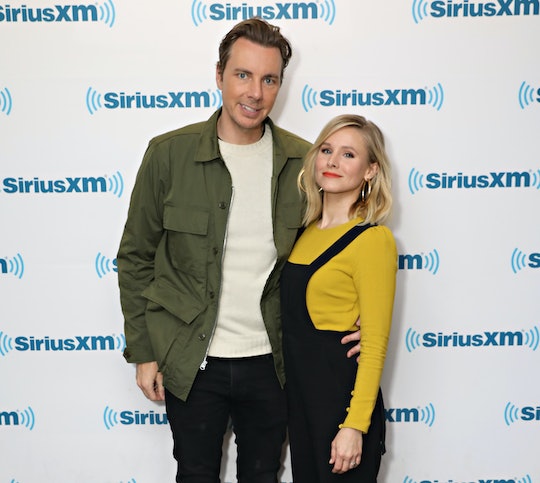 Leave it to Dax Shepard to share his best parenting tricks. The Armchair Expert host and his wife Kristen Bell are forever giving their fans backstage passes to their family life, whether the Good Place actress is getting real about her struggles with homeschooling or they’re both admitting they’re not big fans of frequently bathing their kids. So when Dax Shepard shared a bedtime hack he uses for his daughter, you just knew it was going to be a gem. Not just because he was generously sharing tips, but also because his method was nothing if not unusual.

In a recent interview with People, Shepard shared a particular parenting win he had figured out with his youngest daughter, 6-year-old Delta, when he wants to get her to sleep at night. “I figured out that if I scratch my younger daughter's head extremely hard­ — her request — she is out cold within 90 seconds," he told the magazine.

This actually makes sense. Scratching someone’s head can feel like a good old head massage, which helps to promote relaxation, release tension, and decreases stress, as Healthline explains. All of the elements most people need for a good night’s sleep, even little kids.

Basically Shepard, who also shares 8-year-old daughter Lincoln with Bell, is doing that thing they do at the salon when they wash your hair... without washing hair. It’s kind of genius.

Dax Shepard scratches his daughter’s head to get her to sleep.

While he seemed quite proud of his sleeping hack, not all of his parenting decisions have passed the sniff test. Like when he and Bell decided to punish their kids in a way that really ended up punishing them. “I gave a 'no TV for the weekend' consequence,” he told People. “which was later revealed to be a barbaric punishment for us.”

Both Shepard and Bell are the type of parents who take measure of their decisions, figuring out which ones work (head scratching) and which ones don’t (no TV for a weekend). The same holds true for their potty training adventures. Bell recently told Romper that their oldest child was incredibly easy to potty train, but the same did not hold true for their youngest. “We did the same thing, but she did not want to get out of the diaper,” Bell said. “So it just depends on the kid."

That’s the best advice for all kinds of parenting, isn’t it? It just depends on the kid.