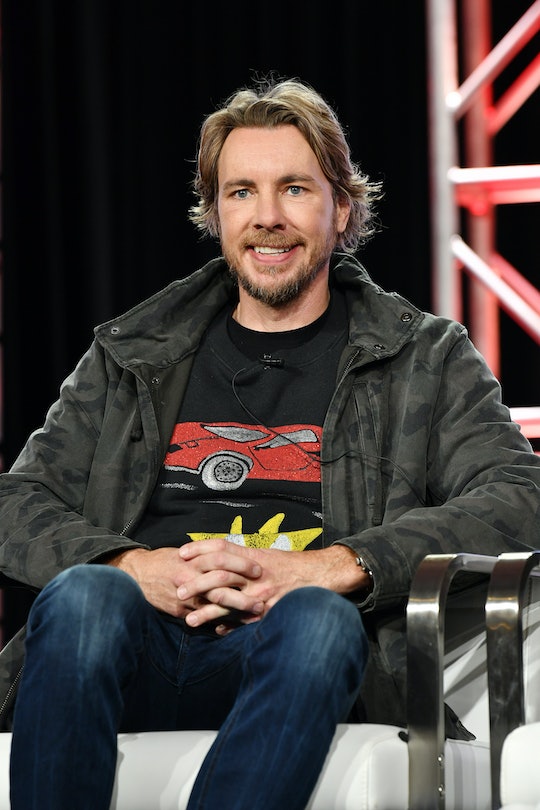 “They knew when I relapsed.”

Admitting you made a mistake is a difficult thing. Admitting you made a mistake to your kids is especially tough. Kids seem to be hardwired to see their parents as infallible, so telling them you did something wrong is painful. Particularly if that mistake involves drugs, as it did with Dax Shepard. During a recent interview, the father of two shared how he told his daughters about his relapse after 16 years of sobriety.

The Armchair Expert podcast host was recently a guest on Chelsea Clinton’s podcast In Fact, talking about the nature of addiction and sobriety. In particular, his own difficult relapse with painkillers after an ATV accident in 2020 and the conversation he had about it with his daughters, 8-year-old Lincoln and 6-year-old Delta. Shepard shared that he and wife Kristen Bell decided to talk honestly about his relapse with the two girls.

"They knew when I relapsed. We explained, 'Well, daddy was on these pills for his surgery and then daddy was a bad boy and he started getting his own pills,'" Shepard told Clinton on Tuesday’s episode. "Yeah, we tell them the whole thing."

Bell and Shepard have been very honest with their daughters throughout their father’s sobriety journey. So much so that Lincoln once asked to go to an Alcoholics Anonymous meeting with her dad as a toddler. “They know that dad goes to an AA meeting every Tuesday and Thursday,” Shepard told Clinton. “One of the cuter moments was — I wanna say my oldest daughter was 3 ... said, 'Where are you going?' I said, 'I'm going to AA.' She said, 'Why do you have to go?' I said, 'Because I'm an alcoholic and if I don't go there, then I'll drink and then I'll be a terrible dad.’”

Dax Shepard spoke to his children about his sobriety relapse.

The actor had been sober for 16 years when he found himself struggling with taking pills, going so far as to buy them himself and exceeding his prescription. He explained in a candid episode of Armchair Expert in October with Bell as his guest that he “hated [himself] at that point.”

“I can’t imagine having to admit that to other people and feeling as safe as I did that you guys wouldn’t hate me. I hated me at that point and so, to be able to tell you guys and feel unconditionally loved and that I would be accepted was really special,” Shepard said during the episode. “It saved my life.”

Speaking openly and honestly with children about a parent’s addiction or relapse is essential for their own mental health, according to Very Well Mind, as well as giving them the space to ask questions or explore their own feelings on the subject.

The Parenthood alum’s choice to disclose his relapse with his kids rather than hiding it is incredibly brave, as is his decision to share with the rest of the world.

More Like This
Chris Pratt Says He "Cried" About That "Healthy Daughter" Instagram Post Controversy
Ben Affleck’s 10-Year-Old Son Samuel Test Drove A Lamborghini Right Into A BMW
Prince William Shares How He Plans To Follow In His Mother's Footsteps With His Kids
Elon Musk's Child Files To Change Name, No Longer Wants To Be "Related" To Father