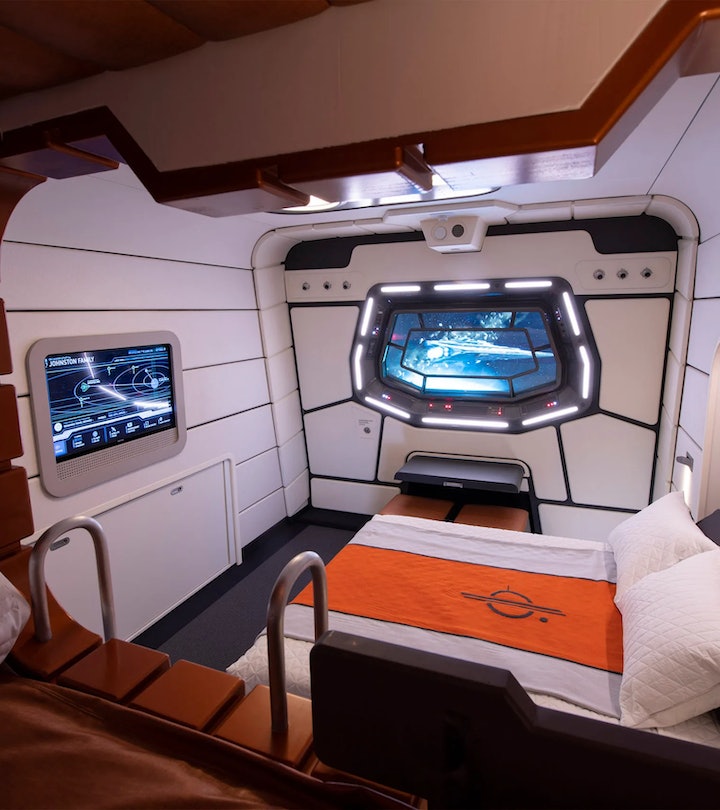 Before diving any further into what a stay at Star Wars: Galactic Starcruiser will look like, let’s get one thing out of the way first: This experience won’t come cheap. A two-night stay for two adult guests in a Standard Cabin will cost $4,809. Prices for a family of three start at $5,299 while prices for a family of four begin at $5,999.

But guests’ immersive experience begins almost immediately upon arrival at the Star Wars: Galactic Starcruiser terminal at Walt Disney World. After checking in, guests will enter the “launch pod” that will transport them into hyperspace and enable them to board the Halycon starcruiser.

Throughout their stay, guests will find themselves immersed in an interactive story that will have them interacting with Star Wars characters, Halycon crew members, and even other guests. In some ways, it sounds at least partially like a choose-your-own-adventure story where guests can decide if they’ll join the Resistance, follow the First Order, take up with smugglers, or just try their best to stay out of it all.

Star Wars: Galactic Starcruiser is expected to open sometime in the spring of 2022. Take a peek at what a stay will likely look like below:

More Like This
Best U.S. Summer Travel Destinations For Families
10 Of The Raddest Movies From The '90s To Watch On Girls Night
Princess Charlotte Got So Excited To Shake A Royal Fan's Hand
Janet Jackson's Son Eissa Is A Little Musical Prodigy In The Making