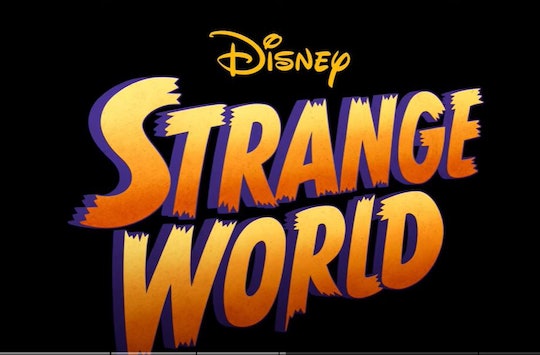 Mark your calendars for November 2022!

Disney has announced its next animated, action-adventure film. Directed by Don Hall and co-directed and written by Qui Nguye, Disney’s newest movie Strange World will tell the story of a family of explorers and their dynamics on their adventures. Strange World will also be Disney’s 61st animated feature and will be a compilation of previous fantasy, adventure flicks that came before it. Here’s everything you need to know until it premieres next year.

Strange World will circulate around the legendary Clade family who will journey “deep into an uncharted and treacherous land where fantastical creatures await.” But differences in the family will “threaten to topple their latest — and by far — most crucial mission,” according to its synopsis.

Hall told Variety that the film will pay homage to the early magazines and fiction in the first half of the 20th century. “I loved reading the old issues of pulps growing up,” said Hall, who has previously worked on Hero 6 and Raya and the Last Dragon. “They were big adventures in which a group of explorers might discover a hidden world or ancient creatures. They’ve been a huge inspiration for Strange World.”

On Thursday, Disney released the first look of the movie on social media. The concept art shows an adult man and a child overlooking a land of dinosaurs and other interesting creatures.

While the cast has not been revealed yet and details are still scarce, fans are so far excited by what has been revealed so far. “The concept art looks,” said What’s On Disney+ commentator Roger Allers, on his YouTube video about the first look. “I think this just looks stunning the idea of bringing in like sort of a sci-fi element, I think that's really going to be very different from what we've seen.”

Strange World Will Premiere In 2022

Mark your calendars: Disney announced that Strange World is set to debut in theaters on Nov. 23, 2022.