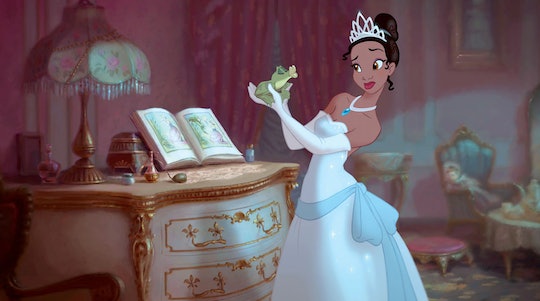 Everything You Need To Know About Disney’s Ultimate Princess Celebration

The extravaganza will celebrate the brave and beloved princesses that kids know and love for an entire year!

To highlight the entertaining, empowering, and inspiring princess characters kids around the world know and love, Disney is putting together an epic celebration. Disney’s Ultimate Princess Celebration is a yearlong, global event aimed at highlighting the importance of Disney princesses through music playlists, stories, TV specials, and more. Here’s how you can join in on the fun.

To really get into the princess spirit, Disney has put together a curated playlist of songs from the most iconic animated Disney films. Whether you’re a fan of the ‘90s movies like Mulan, or prefer some of the more modern films like Frozen, there is a song on this playlist for everyone in the family. (There are 59 songs in total.) If you’re really trying to keep your kids entertained, the playlist is nearly three hours long, which will make for the ultimate dance party.

From now until Aug. 31, you can download The Tales of Courage and Kindness story collection, which includes 14 brand new, inspiring stories, featuring the Disney princesses. This story collection is available to everyone, for free. And if you don’t have an e-reader, you can click through the individual stories, featuring characters like Pocahontas, Jasmine, Anna, Elsa, and Merida on the Disney Princess Stories website.

The playlist and story collection will have to tide you over until Disney Princess Remixed — An Ultimate Princess Special airs on the Disney Channel and Disney+ this August, according to Good Morning America. The 30-minute long special will feature musical performances from some of Disney’s most talented stars, according to D23, and include a performance by Brandy of her brand new song, “Starting Now,” which also happens to be the official Ultimate Princess Celebration anthem.

If you’ve missed concerts, then you’re in luck. The Disney princess songs are going on a nationwide tour, officially titled Disney Princess — the Concert, which kicks off on Nov. 1. The concert will star Tony nominees, Susan Egan and Laura Osnes, Grammy nominee Courtney Reed, and newcomer Aisha Jackson, who will all sing princess songs during a concert filled with story and animation.

Tour dates and ticket prices have not yet been announced, so keep an eye out for this information in the future.

Celebrate At The Disney Parks

But the celebration doesn’t stop here. If you’re going to any of the Disney parks across the world any time soon, then you’re in luck. Disneyland attendees will be able to ride on Snow White’s Enchanted Wish when the park opens back up on April 30, and Walt Disney World guests will be greeted by princesses at the Magic Kingdom in a regal procession.

Other Ways To Celebrate Princesses

In addition to all of these things, Disney will be releasing all new Disney princess products and toys, like dolls, to bring the celebration to life. Keep your eyes open for new Disney princess collaborations with brands like LEGO, Funko, Adidas, and Coach, according to Good Morning America.

Of course, if this isn’t enough, you can always watch the movies from the Disney princess collection on Disney+.

More Like This
'Hocus Pocus 2' Officially Has A Release Date To Look Forward To
Exclusive Eureka! Clip Introduces Star Of Disney’s New STEAM Preschool Series
20 Of The Best Movies To Watch This 4th Of July
Chris “Ludacris” Bridges On Creating The World He Wants For His Daughters