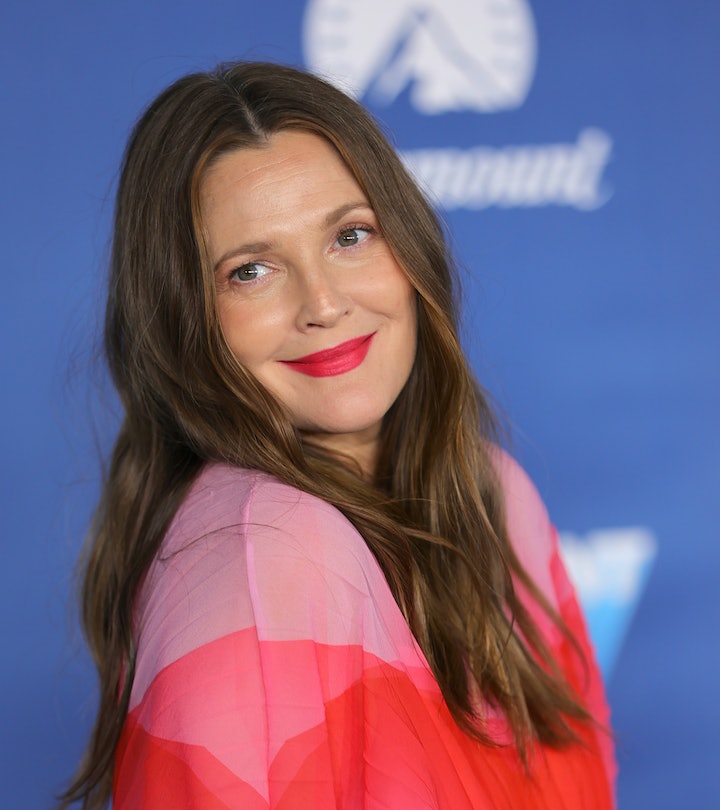 For The Record: Drew Barrymore Does Not Hate Sex

And the single mom has some pretty amazing things to say about self-love and her parenting priorities too.

Drew Barrymore is not just one of the most delightful and relatable celebrities in Hollywood, the mom of two is also a writer. In a recent blog post, the TV show host and veteran actor opened about intimacy, self-love, and raising daughters as a single mom. She also set the record very straight that she does not, in fact, hate sex.

It all started when someone at a workout class didn’t recognize the famous actress and had the nerve to erroneously inform her that “Drew Barrymore” does not like sex. Well this was news to Barrymore, who wrote about the run-in on her blog and shared some remarkably insightful thoughts online.

In an Oct. 16 post called “Rebels Who Love,” Barrymore was incredibly honest about her childhood and how it affected some of these newfound personal decisions. “At nearly 48 I have very different feelings about intimacy than I did growing up. I did not have role model parents and I engaged with people in grown up ways since a tender age! I was looking for companionship! validation! excitement! pleasure! hedonism! fun! And adventures!! Now, because I can’t get in the time machine and change my history. So I now choose to look at it through a positive lens, which is that I lived! I lived a very rich full life,” Barrymore wrote.

But it was the painful end of her marriage to Will Koppelman that led her to some important realizations about her life priorities: “After two kids and a separation from their father that has made me cautious, I have had the pleasure of shifting my focus when it comes to love for myself and my two daughters. I know that does not include a man nor has it for a while.”

“And since entering life as a single mom, I have not been able to have an intimate relationship. I have had the honor and a pleasure to actually work on myself and learn what parenting is, again something I was not exactly clear on growing up and I’ve had many learning curves thrown my way. I’ve been intimidated. I’ve been triumphant. I’ve been asked to be educated in every way I can be,” she continued.

But Barrymore, who has opened up about her mishaps on dating apps, is not exactly saying that she’s given up on love. “I am just in a completely different place in my life and maybe in the near future I will get into a relationship… but it simply hasn’t been my priority. So I’m not a person who needs sex and has to go out there and engage with people on that level. I am someone who is deeply committed to fostering how young girls, my daughters, and myself as a woman, are supposed to function in this world! A relationship with a man has not been top of mind for me for a very long time.”

Barrymore seems to be working out some other relationship issues with one of Hollywood’s most famous former bachelors. In a recent Instagram Story, the ET alum teased an upcoming interview on her talk show with George Clooney. As Barrymore lay on the floor of her studio as if she were in an actual therapy appointment, she dished on her latest relationship revelation to the Ticket to Paradise star.

“So Drew, tell me this problem you have with handsome men who are funny,” asked Clooney.

Now that Barrymore has shared that gem with the world and set the record straight on her sex life, we can all go back to ditching umbrellas and heeding her viral advice to never miss the opportunity to go out in the rain. And we’re definitely ready for Barrymore to compile her thoughtful blog posts into a full-on self-help book and to book a new appointment with Dr. Clooney.