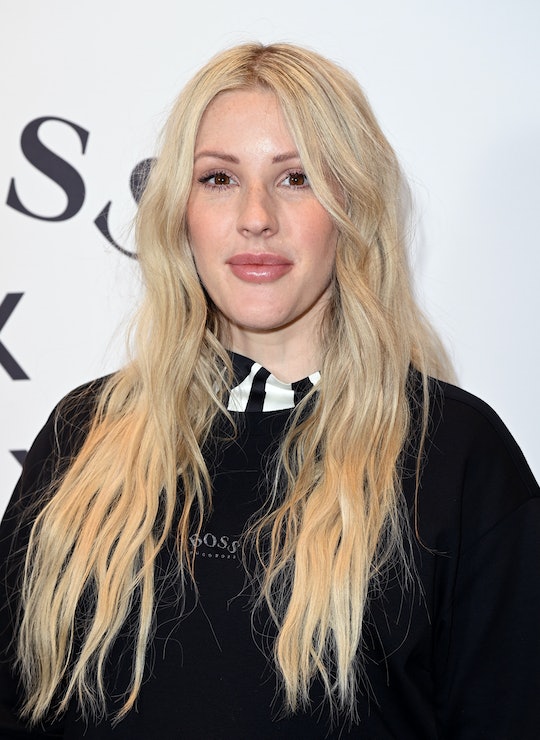 Which she did around 30 weeks.

In a recent interview with The Telegraph, Ellie Goulding explained why she waited to announce her pregnancy until she was 30 weeks along. Back in February, the British singer and her husband Caspar Jopling shocked the world when they shared the exciting news that they were going to become parents, particularly since Goulding was mere weeks away from her due date at the time.

Goulding explained in her interview with The Telegraph that she decided to hold off on sharing her exciting pregnancy news with the world until she came to terms with the news herself. "I needed that space to process what was happening. I’ve always defined myself as a touring musician,” she explained. “That’s who I am and what I do. Being a mother wasn’t in my mind frame. I’ve never felt any woman had to be defined by motherhood."

Goulding waited until she and Jopling, who were married in 2019, moved into a new home together and felt "like we had these proper roots and it was the right moment to say something,” as she told The Telegraph.

Being pregnant during lockdown certainly helped Goulding keep her secret and make her decision about when she wanted the world to know. So she was able to make her big announcement via a photo shoot for Vogue magazine in February alongside an interview about her impending motherhood.

Ellie Goulding kept her pregnancy under wraps until she was 30 weeks along.

While Goulding might have kept her pregnancy a secret from the general public, some of her friends knew about her good news. Including fellow new mom Katy Perry, who Goulding told The Telegraph has been helping her out with good pregnancy advice like “where to find the best pregnancy pillows to get a good night’s sleep.”

A good night’s sleep sounds like it’s just what the doctor ordered for the tired expectant mom. “The sickness and tiredness was nothing I’d ever experienced before,” Goulding told Vogue. “I feel like it’s a taboo to talk about pregnancy as being challenging. It’s not always serene and like you’re not always glowing. I’m not saying that every second of this pregnancy has been miserable. It’s not always going to be easy. [But,] I have a newfound respect for any woman who has children.”

The expectant parents know the sex of the baby but they aren’t sharing, nor have they shared a name. We will just have to wait until the little one arrives. Luckily, that’s only weeks away. That’s one benefit of waiting to announce your pregnancy until 30 weeks. It flies by.