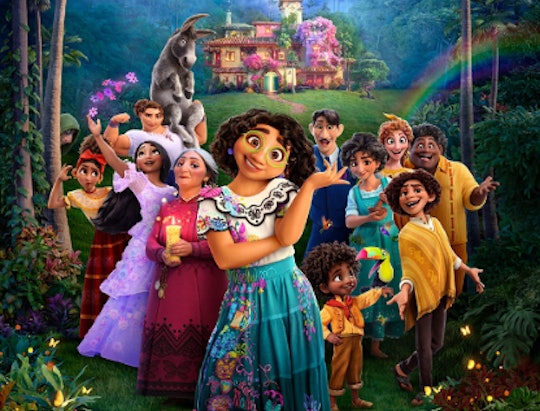 ATTN: Encanto Is Going On Tour With A Sing-Along Concert This Summer

You can officially sing-along to the movie with a live band!

Soon we will be able to talk about Bruno, the Madrigal family, and wait on the miracle in front of a large, singing audience! This summer, Disney’s magical movie Encanto will be turned into a national sing-along at the Encanto: The Sing-Along Film Concert Tour. The production will be an epic experience for Encanto fans that will include a screening of the entire feature-length film and an on-stage band performing all of the hit songs from the soundtrack.

Lin-Manuel Miranda composed all of the music for the Encanto soundtrack and drew inspiration from his previous music-movie production, Moana, and the movie’s cultural references. “When they make a movie, it becomes a lot of people’s first glimpse at that culture, for better or worse. And so they take it really seriously,” Miranda told Deadline in a March 2022 interview. “And so I, you know, I had a good experience on (Moana) and I said, ‘If you’re making a Latin-themed, Disney musical, like, I’ve been waiting all my life for the call. And so we chose Colombia because of the incredible diversity because it’s the home of magical realism.”

Miranda ultimately created hits like “We Don’t Talk About Bruno,” “Surface Pressure,” and “Waiting On A Miracle,” all of which will surely be heard during the live concert tour this summer. So here’s what you need to know.

When do tickets go on sale?

Pre-sale tickets began on April 27, using the code Encanto22. Tickets officially going on sale on April 29 on the concert’s website. Attendees can choose from two VIP packages which include a gift pack and a fun photo op in the Encanto-themed photo booth.

When are the tour dates?

The 32-city tour dates were announced on the movie’s Twitter page on April 26. The first concert kicks off on Monday, July 18 in Ridgefield, Washington, and will go on to make stops in cities such as Phoenix, Dallas, Tampa, and Philadelphia and then wrap up in Chicago on Aug. 28.

It sure sounds like this concert, which is a collaborative production between Disney Concerts and Live Nation, is a show for Encanto fans who still can’t get songs like “Columbia, Mi Encanto” and “¡Hola Casita!” out of their heads. And there’s a bunch of us...

More Like This
10 Of The Raddest Movies From The '90s To Watch On Girls Night
Marcel The Shell Is Officially A Movie Star
Where Are The Toys Of Toy Story Today?
Here’s What The Voices Behind The Characters Of Lightyear Look Like In Real Life