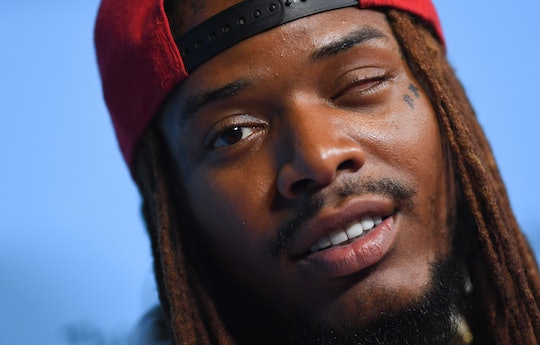 The rapper and the child's mother confirmed the heartbreaking news of her death on social media.

On Aug. 1, performer Turquoise Miami announced that Lauren Maxwell, the daughter she shares with rapper Fetty Wap, has died at just 4 years old. Fans of the “Trap Queen” singer had speculated about the tragedy for over a month, when Fetty reportedly posted a broken heart emoji along with the words “June 24th” on Facebook.

No cause of death has been given or confirmed, though Hot 97 reported that Lauren died in her sleep after a month-long illness. Fetty, whose real name is Willie Junior Maxwell II, has not officially commented on his child’s passing, though in an Instagram Story posted after a performance at the Rolling Loud festival in Miami, he reportedly wrote “LoLo daddy did that sh-t for you last night baby girl” followed by butterfly, dove, and heart emojis.

Lauren was born on Feb. 7, 2017, and was Fetty’s only child with Miami. In addition to her parents, she is survived by five half-siblings, Fetty’s other children Aydin, Zaviera, Zyheir, Amani, and Khari.

“This is my amazing, beautiful, funny, vibrant, loving, talented, smart and hardheaded princess mermaid Aquarius,” Miami wrote on Instagram. “If you see this post scrolling by with her comment or just say to yourself ‘I love you Lauren’ because they say that souls can feel your love #rip.”

Lauren’s death comes less than a year after the loss of Fetty’s “twin,” a man he referred to as his “brother” (though whether he was an actual brother has not been confirmed). "I done lost so many n****s that s*** was almost starting to feel normal…but lil brother man it feel like 2017 all over again this same feeling," he wrote on Instagram at the time. "I just don’t know what ima tell my nephew when he ask me why I ain’t make sure you was ok…"

Miami, whose relationship and co-parenting with Fetty has been contentious since at least 2018, has shut down her Instagram account in the aftermath of Lauren’s loss: only a boomerang of her baby remains.

More Like This
Prince William Cracking Up With His Three Kids In This Candid Photo Is Too Adorable
Sesame Street’s Adorable Friends Parody Is A Father’s Day Treat For Dads & Kids
Bradley Cooper Jokes He Watches 'The Hangover' With His Daughter "Every Friday Night"
Exclusive: 'Bluey' Celebrates Father's Day With A Look At Bandit's Best Moments