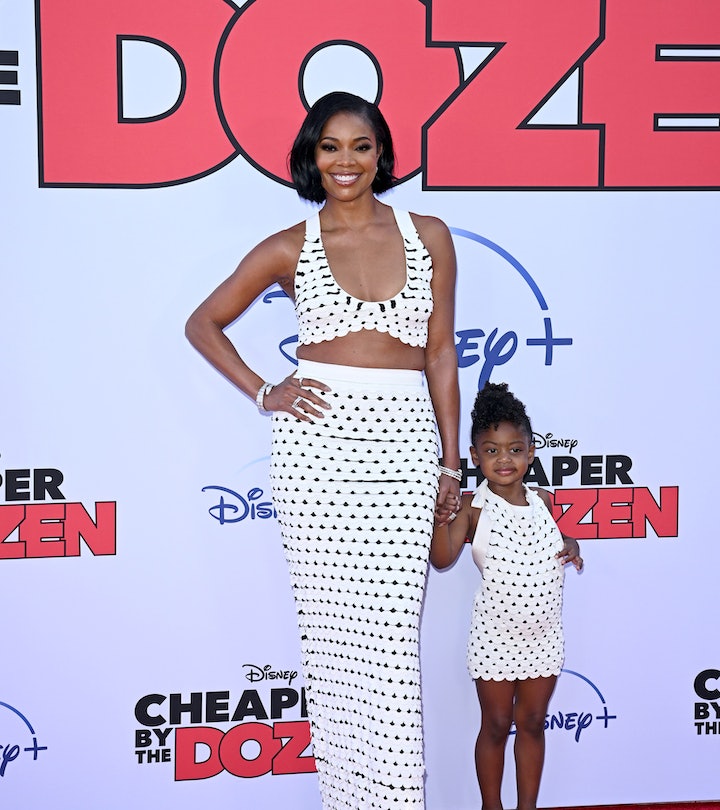 “May I present 'Ariel & Her Sea Legs' for awards consideration. #RepresentationMatters.”

Kaavia James wants to be part of Ariel’s world, too! Over the weekend, Gabrielle Union shared a precious video of her 3-year-old daughter dressed up as the Disney princess from The Little Mermaid with bright red hair, a purple seashell bikini top, and a shiny turquoise tail.

“You know we had to set off Halloween season right,” Union captioned the Instagram post. “May I present 'Ariel & Her Sea Legs' for awards consideration. #RepresentationMatters.” In the sweet video, Kaavia is lying on a beach chair, smiling from ear to ear and jumping around the balcony in her costume. She then poses and dances with her dad Dwyane Wade.

Halle Bailey, who is taking on the iconic role of Ariel in the highly anticipated live-action remake of The Little Mermaid, commented under the post writing, “omg love it!” TV host Jeannie Mai also left a comment, “My heart… I see a sequel already,” while John Boyega wrote, “So cute lmao love her.”

After Disney dropped a teaser of the movie last month, social media erupted with videos of little Black girls reacting to seeing Bailey as the Disney princess. And like everything the little girl does, Kaavia’s #LittleMermaidReaction was next level.

Bailey recently spoke to People about the cultural impact her role has already had. “The fact that now it's getting to be played by me, a person who looks like me, woman of color, I'm just like, wow, I'm so grateful what it will do for all the other little Black and brown boys and girls who will see themselves in me,” she told the magazine. “Because I know if I had seen myself when I was younger, I think my whole perspective would've changed.”

Kaavia has always loved dressing up. Last year for Halloween, she recreated Adele's glamorous look from basketball star Anthony Davis' wedding and wore an exact replica of the singer's Schiaparelli gown. And in 2019, she and her mom dressed in Clover’s pride in matching Bring It On cheerleading outfits.

Whether it’s for Halloween or just for fun, fashion clearly runs in her blood. In fact, Kaavia has already entered the business side of it all and is the face of her own line, Janie and Jack. But this Oct. 31, Kaavia might just test out her sea legs once again when she hits the street for a little trick-or-treating.