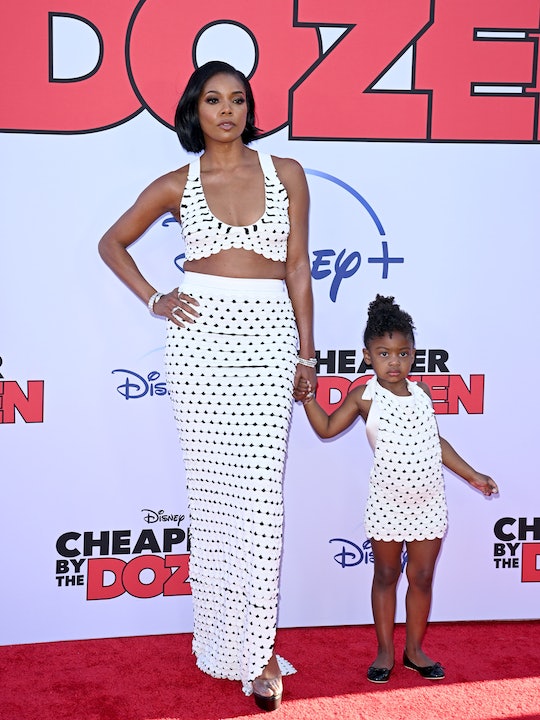 We all know Kaavia James loves to dress up, from the latest Ivy Park line to Disney princesses. And her latest fashion statement might be her cutest yet. Not only is the look an ode to spooky season but also the culture of historically Black colleges and universities.

On Sunday, Gabrielle Union posted a video on Instagram of her 3-year-old daughter dressed up as an HBCU majorette and her best friend, Crosby Sparrow, dressed up as a drum major. “When it’s Homecoming 🐝🐝🐝 AND Halloween season at the same dang time,” Union posted the video to Beyoncé’s “Homecoming Live” intro music. “Our favorite toddlers @kaaviajames @crosby_sparrow are back to SHUT IT DOWN!”

The kids’ costumes were custom-made by Union’s sister, artist Chelsea Union. Kaavia’s majorette costume was inspired by Southern University’s Fabulous Dancing Dolls with a blue, white, and gold leotard with fringe. And what’s a Kaavia look without her signature Shady Baby attitude, as one viewer commented, “i cant w the hips movement!!!” Another wrote, “Hand on the hip got me she too cute goo Kav.”

“It’s showtime!!! @crosby_sparrow & @kaaviajames said homecoming szn ain’t over yet,” Easterling posted the pair on his Instagram in their costumes. “and they are dancing to the beat of their own drum.”

On Monday, Union shared another video of Kaavia strutting in her one-piece like SU’s Fabulous Dolls. “When Monday is Monday-ing, fake till you make it! In the words of the poet Trick Daddy, LET’S GOOOOOO!!! Strut it out good people, strut it out!,” the caption read.

“This made my heart smile,” one SU alum commented under the video. Another wrote, “She may look like her daddy but she’s her mama’s child! 😂😂😂 I just love her.”

This isn’t the first time Kaavia and Crosby paired up for a viral duo collab. Earlier this year, the two partnered up to showcase Kaavia’s clothing line with Janie and Jack. They’re also face-painting, Easter buddies, and enjoy singing and making music together.

The tots no doubt have some pretty, influential HBCU role models in their life. Who knows, maybe one day in the future Kaavia and Crosby could be HBCU graduates somewhere. Hampton, Howard, and Southern are surely top contenders.