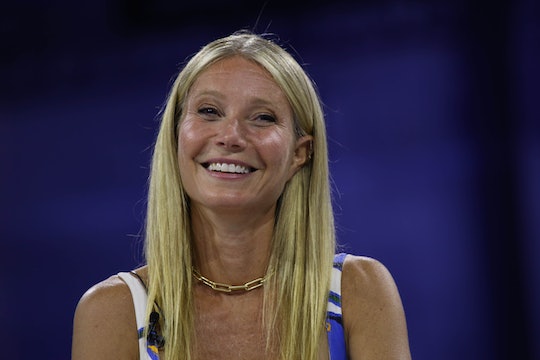 The duo took a big bite out of the Big Apple in record time!

Gwyneth Paltrow and her daughter headed to New York City for an epic 48-hour getaway that was basically the girls’ trip of your dreams. The actress was having a blast as she took on the streets of the Big Apple with her firstborn, 18-year-old Apple Martin. And because this is Goop founder and wellness mogul Gwyneth Paltrow we’re talking about here, of course the skin-care guru made some time for a mother-daughter facial before splurging on a slice of lemon chiffon cake.

Paltrow hopped onto her Instagram Stories to share a series of some pretty enviable photos from the fun and luxurious trip. The beautiful duo headed back to the city where Paltrow went to high school and enjoyed some artisan shopping, delicious Italian food, soothing self-care, and even a concert.

The proud mom who also shares 16-year-old Moses Martin with ex-husband and Coldplay frontman, Chris Martin, clearly enjoyed her 12-photo social media spree with a series of pictures that could come straight from a travel magazine. In the first picture, Paltrow posted a frame of Apple on her phone at their glam all-white hotel against the backdrop of a gorgeous New York city skyline. “48 hours in NYC with this beauty,” she captioned the post.

The star of The Politician also took her daughter for some retail therapy to check out some decoupaged plates and for some very on-brand vegan Chinese food. Paltrow and Apple happily braved the scorching 102 degree weather and enjoyed some tasty delicacies at some great New York City restaurants.

The Goop Lab star also showed off a picture of her comfy pajamas with a distinguished crown insignia from the famed Carlyle hotel, as well as a photo with her masked esthetician at the Christine Chin Spa.

Paltrow then sealed the deal for her status as a “Cool Mom” when she joined Apple for a Sam Fender concert at famed Manhattan music venue, Irving Plaza. “First concert in quite a long while....worth the wait,” Paltrow captioned the post.

Pictures of Apple on social media are pretty few and far between, and Paltrow has gotten in some pretty hot water in the past for posting pictures of her daughter without her permission. She still did manage to grab a FaceTime screenshot of her mini-me for International Women’s Day and also shared a lovely birthday shot of all three generations of the photogenic women in her family.

On the flip side, Apple has been known to roast her famous mom on social media for her elaborate morning skin routine, so as it often goes — kids gets the last laugh.

It must be an emotional time for Paltrow, who will soon send her oldest off to college. So it’s great to see this twinning pair take advantage of mommy-daughter bonding time now that Apple graduated high school and is on her way to flying solo!