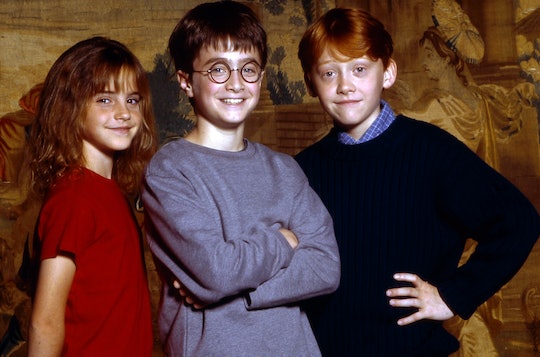 Everything You Need To Know About The Harry Potter Reunion

Hop on the Hogwarts Express and return to where it all began on Jan. 1!

The first teaser for the Harry Potter reunion is out and conjuring up the magic we first experienced decades ago. Using the revelio charm, here are a few more details we can reveal about the upcoming Harry Potter 20th Anniversary: Return to Hogwarts.

It’s hard to believe it’s been 20 years since Harry Potter first premiered. And next year, we’re returning back to Hogwarts for the ultimate Harry Potter reunion. Harry Potter 20th Anniversary: Return to Hogwarts will commemorate the 20th anniversary of the franchise's first film, Harry Potter and the Sorcerer's Stone, and feature guest appearances from Daniel Radcliffe, Rupert Grint, Emma Watson, and in-depth interviews with the cast.

“It has been an incredible journey since the debut of the Harry Potter and the Sorcerer’s Stone film, and witnessing how it has evolved into this remarkable interconnected universe has been magical, to say the least,” Tom Ascheim, president of Warner Bros. Global Kids, Young Adults and Classics, in a press release. “This retrospective is a tribute to everyone whose lives were touched by this cultural phenomenon — from the talented cast and crew who poured their heart and soul into this extraordinary film franchise to the passionate fans who continue to keep the Wizarding World spirit alive 20 years later.”

Harry Potter 20th Anniversary: Return to Hogwarts will premiere on Jan. 1 on HBO Max. If you don’t have HBO Max, you’ll have to wait a little while longer until the special debuts on TBS and Cartoon Network in the spring of 2022.

You Can Watch The Teaser Trailer Now

HBO Max released a teaser trailer for the reunion special on Monday. The clip opens up with someone holding The Daily Prophet newspaper with the front-page headline, “Hogwarts Welcomes Back Alumni.” We also see people receiving their letters and arriving at King Cross’s station, platform 9 3/4 to be exact, to board the Hogwarts Express. Feeling nostalgic yet?

The Special Will Feature Interviews With The Cast

“There’s magic in the air here with this incredible cast, as they all return home to the original sets of Hogwarts, where they began 20 years ago,” executive producer, Casey Patterson, said in a press release. “The excitement is palpable as they prepare to take their fans on a very special and personal journey, through the making of these incredible films.”

There will also be behind-the-scenes looks at the sets in London, including the famous Great Hall! Harry Potter author, J.K. Rowling will not be making an appearance, according to People, but there will be archival footage of her in the reunion special.

Celebrations for the upcoming reunion have been going on since November. The trivia show Harry Potter: Hogwarts Tournament of Houses, hosted by Helen Mirren, premiered on TBS on Nov. 28. The four-part competition will stream on HBO Max starting on Jan. 1, the same day as the reunion premieres.

Until Jan. 1, you can prepare for the reunion by watching the entire Harry Potter saga on HBO Max and Peacock TV.