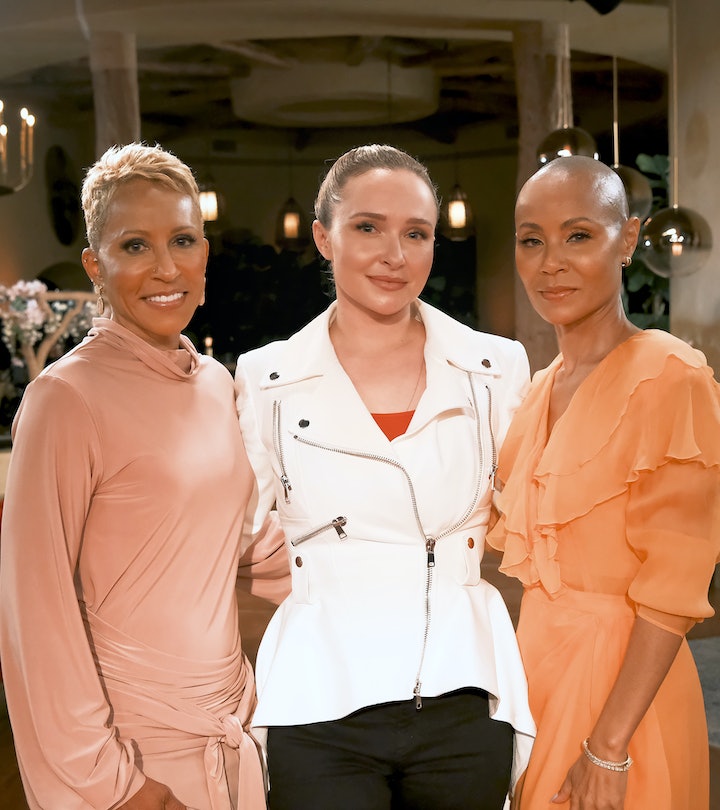 “I wanted to fix myself.”

Hayden Panettiere has been open about her mental health journey over the years, including her experience with postpartum depression after daughter Kaya Evdokia was born in December 2014. And in a new interview on the Emmy-winning series, Red Table Talk, the actress and singer spoke candidly about her struggles with alcohol abuse, her decision to get treatment four months postpartum, and the pain of giving up custody of Kaya to her ex-fiancé Wladimir Klitschko.

In an exclusive sneak peek of the upcoming episode, which premieres on Facebook Watch on Wednesday, Sept. 28, the Heroes star has a raw conversation with hosts Jada Pinkett Smith, her mother Adrienne Banfield Norris, and guest host Kelly Osbourne, who is filling in for her daughter Willow. In it, she explains that she went to treatment for alcohol abuse for the first time shortly after her daughter was born.

“How did you get the information that ‘oh wow, this is postpartum’ and then what was your first step?” Pinkett Smith asked.

Panettiere shared that she stayed four weeks at the first treatment facility and a little longer at the next, admitting to relapses in between. Then she went to an even bigger place and stayed eight months. “I had had it with myself,” she said.

The Nashville star also talked about what her alcohol abuse looked like, explaining, “I wasn’t somebody who was like a binge drinker and got, like, hammered. It was a slow trickle.”

In March 2016, Panettiere told Yahoo! Style about how difficult postpartum depression is. “If you think for one second that a mother wants to feel that way toward her child, you’re outta your mind,” she said. “It is one of the most debilitating, scary, guilty feelings that you can ever feel. That a mother would not be able to connect with their child, would not be able to get a grip, or would not know what’s going on, for anybody to say that it’s false or created by us, you must have your head examined.”

After struggling with postpartum depression off and on for years, she shared her experience on Good Morning America in January 2017. “It takes you a while. You feel off. You don't feel like yourself,” she said about getting better. “But, you know, women are so resilient, and that's the incredible thing about them. I think I'm all the stronger for it. I think I'm a better mom because of it. Because you never take that connection for granted.”

In 2018, Panettiere gave up custody of Kaya due to her ongoing addiction to alcohol and pills. The Nashville star told People in July 2022 that sending her daughter, now 7, to live in Ukraine with Klitschko was “the hardest thing” she has ever done, but it was worth it. “But the best thing for my daughter was to make sure she was okay, take care of myself and make sure I could be a good mom to her. And sometimes that means letting go,” she said.

Panettiere confirmed to the magazine that she’s had intense trauma therapy and inpatient treatment within the last year, and remains close with her daughter, who is no longer living in Ukraine due to the war. “She has a beautiful life,” Panettiere told People. “I was just with her. She's just an amazing child. She's smart and she's funny and for whatever reason, she still loves me.”

If you or someone you know is experiencing depression or anxiety during pregnancy or in the postpartum period, contact the Postpartum Health Alliance warmline at 1-888-724-7240 or Postpartum Support International at 1-800-944-4773. If you are thinking of harming yourself or your baby, get help right away by calling the National Suicide Prevention Lifeline at 1-800-273-8255 or dialing 911. For more resources, you can visit Postpartum Support International.