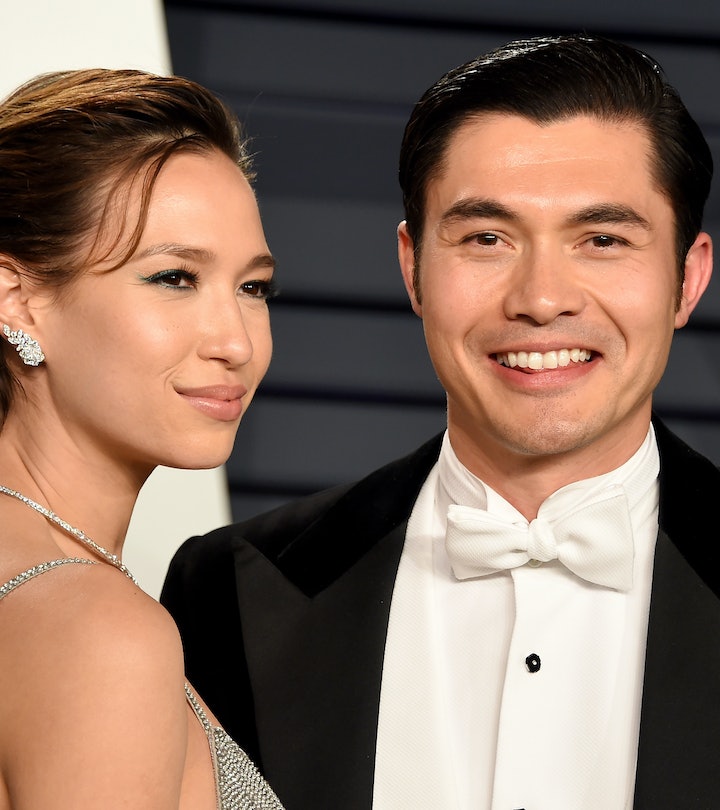 The actor celebrated his wife’s strength when sharing news of the birth over Instagram.

Henry Golding is stepping into a new role: Dad. Last week, Golding welcomed his first child with wife Liv Lo. The 34-year-old Crazy Rich Asians star announced the news over Instagram on Monday in a post that celebrated Lo’s strength and confirmed the newborn had quickly become the couple’s “greatest joy.”

“This woman right here,” Golding wrote on Instagram of Lo while sharing a black-and-white snapshot of him and Lo cradling and smiling at their newborn child shortly after birth. “Beyond anything I could have ever imagined. Your strength brought us our greatest joy. Thank you, I love you.”

In an Instagram post of her own, Lo revealed the new family of three had taken a few days to themselves before revealing the arrival of their newest member. “On March 31st our lives changed forever,” Lo wrote. The 35-year-old model, presenter, fitness instructor, and wellness entrepreneur also shared a few snaps from her labor alongside a photograph of her and Golding holding on to their newborn’s tiny hand.

It was a brief, but special post from Lo, who recently announced she planned to take six weeks of maternity leave from all things work, including social media. “Giving birth is a massive opening up of all channels — physically, mentally, emotionally, and spiritually,” Lo wrote in a recent blog post. “Closing up these channels, adjusting, and connecting to baby, and family is the priority postpartum and will take time.”

“Forty days, or about 6 weeks postpartum, is the first postpartum exam with your OBGYN,” Lo continued. “Until this clearance happens I am not keen to get back to work or sharing with the world how I am feeling.” On Monday, however, Lo joked on Instagram that she’d “prob be up during midnight breastfeeds checking in on you.”

Golding and Lo first met on New Year’s Day in 2011, according to Entertainment Tonight. After five years of dating, they were married in Malaysia in 2016. Golding and Lo revealed they were expecting their first child together in early November. At the time, Lo shared over Instagram that her pregnancy had already brought her and Golding “such immense joy” while Golding noted in his own announcement that 2021 was “already looking brighter.”

In late December, Lo took to Instagram to share that she had Golding had taken their “final adventure” as just “you and I.” The couple enjoyed a snowy babymoon at Big Bear Lake in California.

When sharing news of their baby’s arrival on Monday, neither Golding nor Lo revealed any details about the newborn’s sex, weight, or name, but it’s clear the new parents are totally in love.

More Like This
Post Malone Just Revealed He's Welcomed His First Child AND He's Engaged!
Elon Musk's Child Files To Change Name, No Longer Wants To Be "Related" To Father
Princess Charlotte Got So Excited To Shake A Royal Fan's Hand
Jennifer Lopez Is Being Praised After Introducing Her Child With Gender Neutral Pronouns