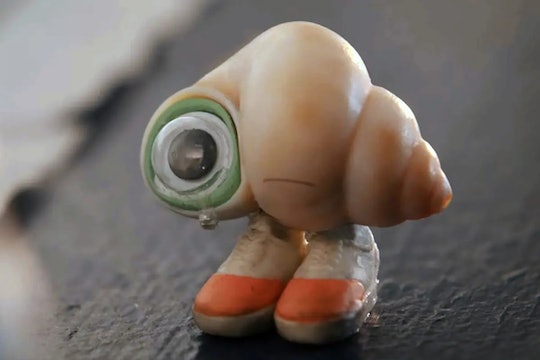 Marcel The Shell Is Heading To The Oscars!

Here’s how to watch the adorable animated movie right now.

Jenny Slate and Dean Fleischer Camp probably had no idea how far their short film about Marcel, a talking shell with one eye who wears shoes, would go when they first made it back in 2010. But here they are, 13 years later, earning an Oscar nomination for their animated feature film, Marcel the Shell with Shoes On.

Marcel the Shell with Shoes On is nominated for an Oscar.

Marcel the Shell with Shoes On was honored with an Oscar nomination for Best Animated Feature for the 2023 Academy Awards alongside big names like Pixar’s Turning Red, Guilermo del Toro’s Pinocchio, and Puss In Boots: The Last Wish. Marcel the Shell with Shoes On tells the story of young Marcel (voiced by Jenny Slate) who lives in a house with his Grandma Connie (Isabella Rosselini), where they spend their time working in the garden and watching Leslie Stahl (also in the film as herself) on 60 Minutes. When Dean, played by Camp, moves in after a breakup, he meets Marcel and starts to film him. Marcel admits he wants to meet his family, all of whom were accidentally relocated by the previous owner, and becomes an internet sensation as he tracks them down.

A Vox review of the film called it, “hilarious and extremely sweet... a feel-good movie that’s not like anything you’ve seen before.” So you’re going to want to see it before the Oscars to know who to root for on the big night.

How to watch Marcel the Shell with Shoes On.

What is Marcel the Shell with Shoes On rated?

If you’re hoping to watch the feel good movie with kids, you’re in luck because Marcel the Shell with Shoes On is rated PG. Older kids will get a kick out of it but younger kids might be a little upset that Marcel was separated from his family. Also Granny Connie struggles with her health in the movie in a way that might throw little kids off, especially as Marcel has such a close connection to her. Still, it’s such a sweet and good-natured film and Marcel is such an optimist, everyone needs to see it.