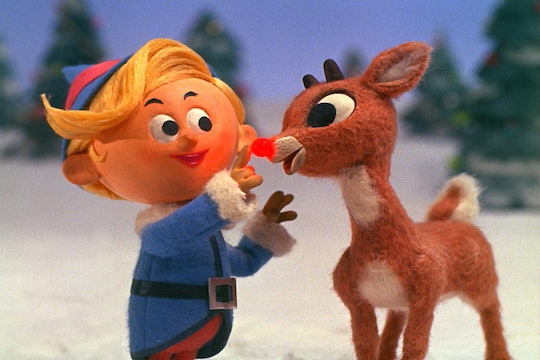 How To Watch Rudolph The Red-Nosed Reindeer This Holiday Season

The Christmas classic is airing on TV!

The most wonderful time of year is just around the corner, which means families will want to plan out their holiday movie marathons now. If watching Rudolph The Red-Nosed Reindeer is on your list of things to do this Christmas, you’ll be glad to know that all you need is cable and plenty of hot cocoa.

The classic TV special first aired in 1964, and has been entertaining families during the holidays ever since. In fact, the film is believed to be the longest-running holiday special on TV, according to Parade. The stop-motion animation cost approximately $500,000 to make at the time and was considered to be a hit with viewers who tuned in to the special, which was bankrolled by General Electric, according to GeekWire. Now, 56 years later, the special is still loved by many and remains a holiday tradition in homes across the country.

With narration by Burl Ives, the film centers around a misfit reindeer who finds that the thing that makes him different is what will help him save Christmas.

Here’s everything you need to know to watch Rudolph the Red-Nosed Reindeer this year.

You Can Catch It Again Later In December, Too

No Cable? You Can Purchase It Online

If live TV isn’t your thing, you may, sadly, be out of luck. Rudolph the Red-Nosed Reindeer is not currently streaming on Netflix, Hulu, or Amazon Prime. However, you can still watch it on the internet, but just at a cost. A full-length version of the film is available on YouTube, although the sound and image quality may not be quite as good. You can also purchase a digital copy of the beloved TV special as part of a bundle of four classic Christmas stop-motion films. Vudu’s The Original Christmas Classics Bundle is priced at $19.99. Or purchase just Rudolph The Red-Nosed Reindeer through iTunes, which will allow you to watch the film from all of your Apple devices for just $9.99.

This article was originally published on November 11, 2020