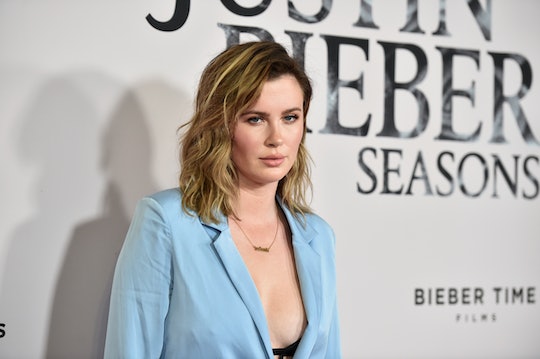 Ireland Baldwin Shares Her Abortion Story In An Emotional TikTok

“I chose to get an abortion because I know exactly what it felt like to be born between two people who hated each other.”

In light of the Supreme Court overturning Roe v. Wade and many states set to ban abortion, many have opened up about their experiences with abortion. Ireland Baldwin, the 26-year-old daughter of Alec Baldwin and Kim Basinger, shared her story on TikTok Sunday in an emotional heartfelt post. (CW: rape.)

“I did have a boyfriend and I did become pregnant,” the Grudge Match actress said in the video. “At that point in time, I would say we were very unhappy together. And, he made it pretty clear that he never wanted kids or marriage. He barely wanted to be in a serious relationship. I chose to get an abortion because I know exactly what it felt like to be born between two people who hated each other.”

The model continues, “Could I have had that baby and put that baby up for adoption? Maybe. Maybe not. But choosing to raise a baby without my own financial security, without a loving and supportive partner. That wasn’t going to work for me. I chose me, and I would choose me again.”

Her bravery in sharing this painful story is admirable, but Baldwin clarified that she does not think women should be made to tell their abortion stories unless they want to.

“I don’t feel that it is anybody’s responsibility to talk about this if they don’t feel comfortable,” she said. “I’m only now sharing my story because I want other women to feel supported and loved, whether they want to share their own or not.”

Many people were very supportive. “Ireland you continue to impress me with your authenticity,” one fan commented. “You are also a brave woman for sharing in hopes of helping others.”

“I am so so sorry this happened to you. Warm healing thoughts. You are a strong survivor 💪🏻,” another wrote.

Baldwin’s parents were married from 1993 to 2002. They had a very public divorce and custody battle. “Divorce is hard on a kid, no matter how you cut it,” Basinger told The Edit by Net-A-Porter, per PEOPLE. “And ours was very public and nasty.” She added, “[Alec and I are] cool now, though. Life goes on.”

Alec is now married to Hilaria Baldwin, and they are expecting their seventh child together.

In an April episode of Red Table Talk with her mom, Baldwin opened up to Jada Pinkett Smith and Willow Smith about her struggles with anxiety and mental health.

Basinger revealed her ex-husband wasn’t “emotionally or mentally available” to help with Baldwin’s anxiety issues. “Alec, you know, operates in a very different way in his life,” the Oscar winning actress of L.A. Confidential added.

Baldwin explained, “But he’s someone who grew up in a family that would suppress that as well or tell him he’s weak for feeling that way.”

In her TikTok on Sunday, Baldwin also shared that she was raped as a teenager. Although it didn’t result in pregnancy, the experience made her more empathetic with women who are pregnant from rape.

“I was raped when I was a teenager, and I was completely unconscious when it happened,” Baldwin said in the video. “And it chanted the course of the rest of my life.”

“I never told anyone at the time,” she continued. “Not for years. The only person who knew was a nurse that treated me shortly after, and I didn’t even tell my own boyfriend at the time. Not my parents, no one. I kept that secret inside of me for years, and because I did, it caused a lot of hurt and a lot of pain to me and to people I love.”

She went on to say how she “harbored so much pain and so much guilt” that she “spiraled.” “I lost control of my life,” she said. “I drank a lot more, I partied a lot more, I self-medicated. I was in other abusive and toxic relationships and friendships. I pretty much just did everything I could to distract myself.”

She credits seeing other brave women share their stories on TikTok to make her think about how different her life would have been if she had become pregnant and raise a baby “during everything I was going through at the time.” Baldwin added that even with her “medical resources, money, and support that a lot of women do not have access too,” having a baby as a teenager “would have simply been traumatizing and impossible.”

To add a little comic relief (even though “this is absolutely no joking matter”), Baldwin also shared a video on Instagram Sunday “roasting” the members of the Supreme Court who voted to strike down Roe v. Wade.