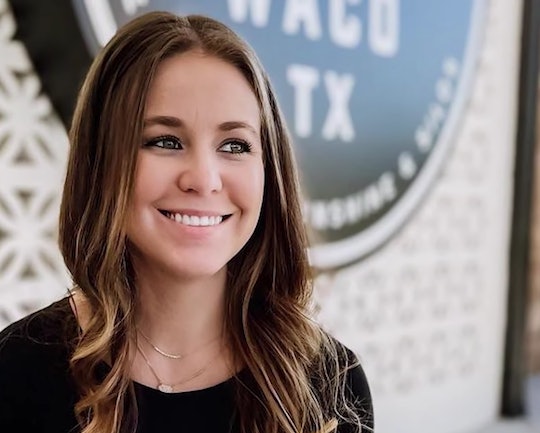 “It was an accident and the child was unharmed,” the 31-year-old has said.

Jana Duggar has spoken out after news broke that she’d been issued a citation for endangering the welfare of a minor child in September. In a statement issued over Instagram on Tuesday, Duggar claimed the incident, which reportedly involved a child under her care being found alone and unsupervised outside, was an accident that left her upset at herself and the child unharmed.

“I’m only sharing this because the media has been having a field day with it all,” Duggar said in a written statement shared over her Instagram Stories. “I prefer a more private life, but I know my last name means that everything we do is open to public criticism and interest, especially during this time.” (Earlier this month, Duggar’s older brother Josh Duggar was convicted of downloading and possessing child sex abuse images on a work computer.)

Duggar then shared what she called “the raw facts” of the incident. “I was babysitting a few months ago when one of the children wandered outside alone,” she wrote. “A passerby who saw the child called the police. This resulted in a written citation, as well as a follow-up with child welfare who concluded that it was an accident and the child was unharmed. They recognized it was a case of a child slipping out of the house when you turn your back for a moment.”

Duggar said the entire incident happened “so fast” and was ultimately pretty “scary.”

According to court documents obtained by People, Duggar was issued a citation for endangering a child’s welfare on Sept. 9. She’s since made a not guilty plea in response to the charge and is scheduled to appear in court on Jan. 10.

On Tuesday, however, Duggar was clear to stress that she was never arrested in relation to the incident. “I was certainly never arrested like some may have implied,” she wrote. “In the end, I was just upset at myself that it had happened at all but so thankful it all ended safely and that’s truly what mattered most to me.”

As media coverage pertaining to the citation has grown, Duggar’s siblings have rushed to their older sister’s defense. In a statement issued over Instagram late Monday, Jessa Seewald (formerly Duggar) called the incident an “innocent mistake” that could happen to anyone and accused the media of “sensationalizing” the story.

“She was babysitting and one of the kids slipped out the door unnoticed, but it ended safely,” Seewald said in a written statement published to her Instagram Stories. “Could’ve happened to anyone. The media is sensationalizing this because of other current family circumstances and it makes me so mad.”

Seewald, who shares four children with Ben Seewald, went on to say she had complete faith and trust in her sister. “She’s without question one of the most amazing women I know,” she wrote. “I’d trust her with my kids any day of the week.”