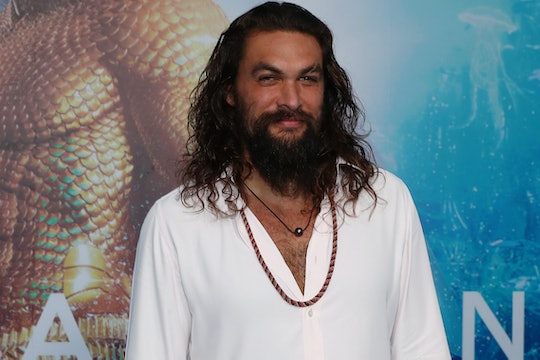 He called himself “Uncle Aquaman” to the little boy.

Jason Momoa is a big man with a big heart. In a heartbreaking Instagram post, the actor honored Danny Sheehan, an 8-year-old boy who’d been battling a rare form of brain cancer and sadly died this week. Momoa had connected with the young Aquaman superfan a number of times over the past year and shared that he’s dedicated the Aquaman film to the young boy.

Momoa first met 8-year-old Danny from Massachusetts after the young boy was filmed getting super excited opening an Aquaman figurine. Danny was diagnosed with pineoblastoma in 2017, a rare and aggressive brain tumor, and had been in treatment since. Momoa, who is himself a dad of 14-year-old daughter Lola and 12-year-old son Nakoa-Wolf, reached out after seeing the video to meet via FaceTime. The young boy also received a gold trident and a bunch of action figures from Momoa, who signed the card, “Can’t wait to ride on some dolphins with you Danny! Love, Uncle Aquaman.”

Sadly, Danny died on Tuesday after a long battle with cancer. And Momoa shared the news with a beautiful message, dedicating Aquaman 2 to the young fan. “I just found out this heartbreaking news. All my Aloha to this beautiful Ohana Love u baby boy rest in piece You will live in my heart I dedicate aquaman 2 to you lil angel Aloha UNKO Aquaman.”

Jason Momoa wrote a heartfelt message to a young boy who died of cancer.

Danny’s mom Natalie Sheehan spoke to TODAY Parents in December about how much it had meant to her little boy to meet his hero. “With Danny being 7, he still believes that Aquaman is Aquaman, so for him, he feels braver now," she explained. "I always tell Danny that he's brave to me, and he's my superhero for everything he goes through, but now for him to have developed this quote-unquote 'relationship' with Aquaman, it's given him a sense of bravery, beyond what he had before, and he truly views himself as a friend to a superhero."