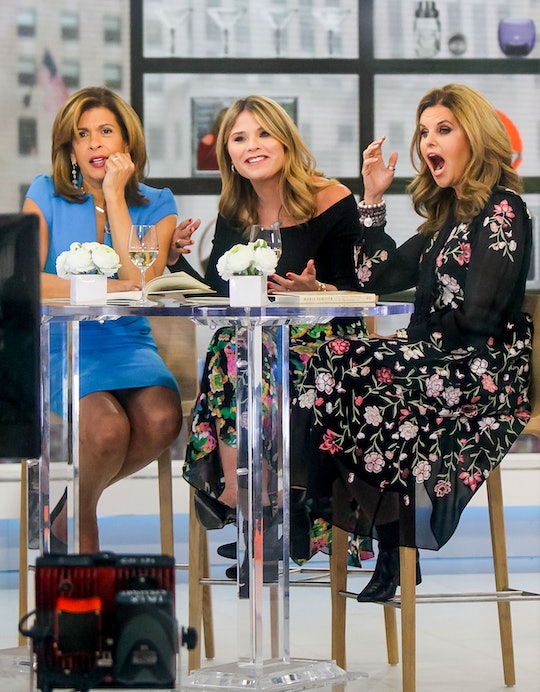 “For some reason, on a Sunday night, in bed with my daughter reading a book, I couldn’t go there.”

When Jenna Bush Hager’s 8-year-old daughter Mila asked if she could stay up and watch some of the Oscars, she and her husband, Henry Chase Hager, assumed it was a harmless request. And it was, at least until Daniel Kaluuya hilariously mentioned his parents’ sex life while accepting the award for Best Supporting Actor.

While recapping the Oscars on Today’s Jenna & Hoda segment, Hager revealed her eldest daughter, 8-year-old Mila, had asked if she could watch some of the Oscars. “She said, ‘I want to be an actress. Can I watch a little of the Oscars?’” Hager told co-host Hoda Kotb. “Harmless, right?”

According to Hager, one of the first Oscar moments Mila watched was Kaluuya’s speech. While accepting the Oscar for Best Supporting Actor for his role in Judas and the Black Messiah, Kaluuya took a moment to thank his parents for having sex. “You got to celebrate life, man!” the 32-year-old British actor said Sunday. “My mom met dad, they had sex. It's amazing. Like, you understand? I’m here! You know what I mean? So, I’m so happy to be alive so I’m going to celebrate that tonight.”

But Kaluuya’s speech left Mila with a few questions, some of which Hager wasn’t exactly prepared to answer.

“He does his acceptance speech for best supporting actor and it was really beautiful and his mom was in the audience and Mila said, ‘Is that his mom?’ and I said, ‘Yes,’” Jenna told Hoda. “And then all of a sudden, his speech gets a little windy and he says, ‘It’s beautiful to be alive. I want to thank my mom and my dad for having sex.’”

Although Hager was also reading a book while watching the Oscars, she said her ears perked up at that part of Kaluuya’s speech. “Now I’m worried he said that,” she recounted to Hoda.

Unprepared to answer the question, Hager opted for a strategy of deflection. “For some reason, on a Sunday night, in bed with my daughter reading a book, I couldn’t go there,” she admitted. “I said, ‘No, he said, Sixty-six! Six! Six is a number!’”

But Hager said she wasn’t convinced that Mila bought it. “She looked at me with her little eyes, like, ‘You’re lying.’”

This isn’t the first time Mila has caught Hager off guard. Earlier in the pandemic, she burst into the room where Hager was filming TODAY with Hoda & Jenna not once but twice. The first time, she simply wanted to be a part of the conversation while the second she urgently needed to fill her mom in on an argument she was having with younger sister Poppy over Barbies.

Awkward parenting moment aside, Bush said she enjoyed Kaluuya’s Oscar speech on Sunday. “It was actually an awesome speech,” she said.