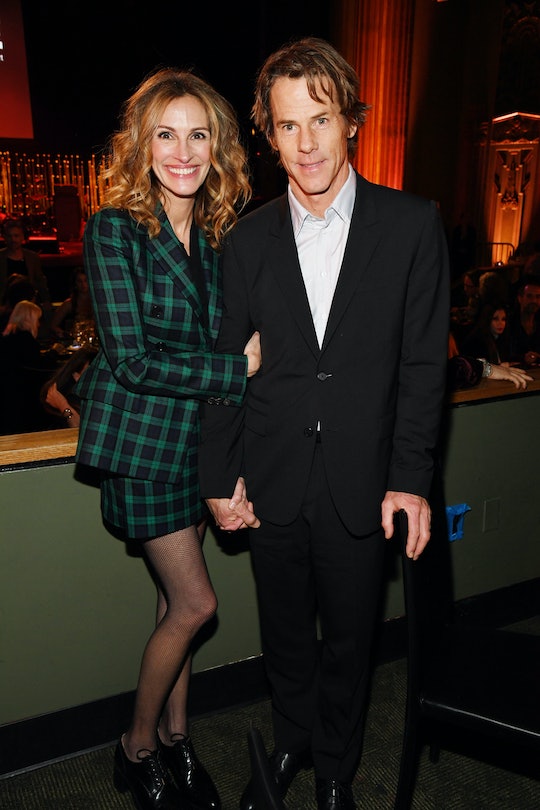 Julia Roberts’ twins are growing up right before her eyes and, for the most part, out of the spotlight. But to commemorate a special day, the Academy Award-winning actress gave fans a rare and special peek at her kids with husband Danny Moder as they celebrated their 17th birthday over the weekend.

Roberts’ twins Hazel and Phinnaeus Moder turned 17 years old on Sunday. To commemorate the moment, Roberts shared a picture of them on Instagram when they were newborns, perhaps in the hospital. “17 of the Sweetest years of life,” the 54-year-old actress captioned the post with cake emojis.

Moder also shared a sweet snapshot of the twins on his Instagram. “these rabble rousers,” the cinematographer captioned the image shared on Nov. 28. “17 today. thank you for helping me through fatherhood.” In the throwback, Hazel is wearing a Wonder Woman shirt and Phinnaeus is sitting beside her in a matching jacket.

Roberts and Moder, who tied the knot in 2002, also share a third son, Harry, 14. Though their kids are rarely seen in public, Hazel made her red carpet debut at the 74th Cannes Film Festival this past July alongside her father to attend the premiere of his movie, Flag Day. And in June, Phinnaeus was spotted publicly in a father-son outing in West Hollywood.

Not much is known about Hazel and Phinnaeus’ personal hobbies, but according to rare snapshots shared by their parents, it seems they enjoyed playing soccer, bike riding, and surfing in their younger years. And though Roberts doesn’t talk much about her kids, when she does, it’s always very sweet. One standout moment is when her kids realized she was famous.

"I don't think they will ever have a true sense of my fame,” she told Oprah Winfrey for Harper's Bazaar in 2018. “I think I told you once when they were starting to figure it out, it was like, 'You're famous?' And I said, 'I think a lot of people might have seen the movie that I'm in or might know who I am.”

Teenage years are priceless. One more year and they're officially be adults! Safe to say, the Moder family is cherishing it all and keeping the most priceless moments to themselves. Happy Birthday Hazel and Phinnaeus!