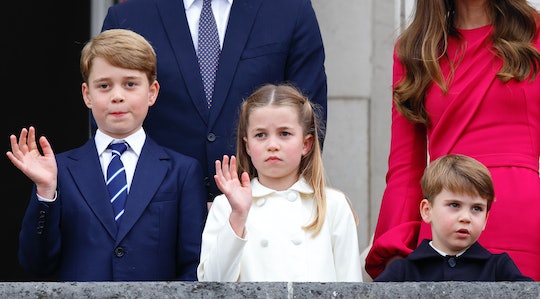 What will George, Charlotte, and Louis do without Maria?

As the Duke and Duchess of Cambridge prepare to move their family to Adelaide Cottage in Windsor soon, it looks like there are big changes on the horizon for the family of five. Perhaps especially for the three Cambridge kids. Their new cottage only has four bedrooms, so if none of the kids feels like sharing a room, there might not be a space for their longtime live-in nanny, Maria Borrallo. Which begs the question, how do you solve a problem like Maria?

Borrallo, who was trained at the prestigious Norland Academy, has been with the Cambridge family since 9-year-old Prince George was just a baby. She went on to be a nanny to both 7-year-old Princess Charlotte and 4-year-old Prince Louis as well. As their nanny, Borrallo has vacationed with the Cambridges as well as living with them whether they’re staying at their country home of Anmer Hall in Norfolk County or at Apartment 1 in Kensington Palace. She’s also not allowed to use the word “kids” around the royal children, which is sort of fascinating.

But now that Prince William and Kate Middleton are moving to Adelaide Cottage, reportedly in an effort to be closer to Queen Elizabeth, what will happen to Borrallo? This will be the first time in the children's lives that they haven’t had a live-in nanny, as The Telegraph reports that she is not expected to move with them. Because the cottage only has four bedrooms. And I could be wrong, but I suspect royals don’t share bedrooms with bunk beds and such.

It’s entirely possible that Borrallo will continue to care for the Cambridge children in some other capacity, but it seems unlikely that she will live with them at Adelaide Cottage. Prince George, Princess Charlotte, and Prince Louis are reportedly heading off to a new school in the fall in Berkshire, so they’ll be occupied during the day. And Middleton’s parents Carole and Michael, who have often stepped in to help with their grandchildren, will be just a short drive away at their home of Bucklebury Manor in Berkshire.

Perhaps now is the time for Prince George, future king of England, to start considering taking a babysitting course so he can watch his siblings after school in the next few years. Little latchkey kids running wild all over their royal home of Adelaide Cottage without Maria Borrallo to step in and stop them. There’s a movie premise if I ever heard one.