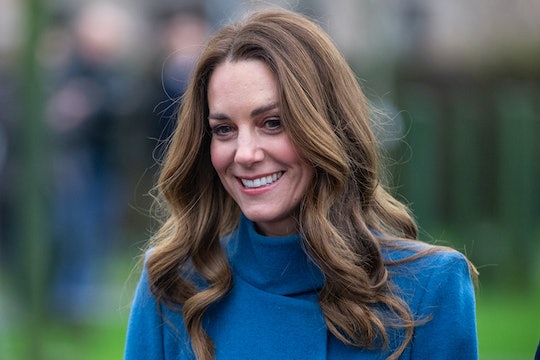 Kate Middleton Took Her Kids Shopping With Their Own Money

And they had to stick to a budget.

It’s not all tea, crumpets, tiaras, and palaces for the Cambridge kids. Quite the opposite, as a matter of fact. Prince William and Kate Middleton have made it one of their top priorities to give their kids a pretty normal upbringing, and this includes the Duchess of Cambridge taking her kids out for a shopping trip with their own money.

Twitter user @lexif1980 recently shared that the proud mom of three was recently spotted at a kids’ stationary store in London with 7-year-old Prince George and 5-year-old Princess Charlotte, where the future king of England was shopping on a budget along with his sister. The Cambridge clan was apparently enjoying a day out together on April 19 at a kids’ store called Smiggle in London’s SoHo district, as ELLE reported, just two days after the royal family said goodbye to Prince William’s great-grandfather Prince Philip.

“I’ve always been a Kate Middleton fan... today she was in one of my stores on the Kings Road with George and Charlotte, what the team told me about how she was with them and how the kids were with each other makes me like her even more!” @lexif1980 tweeted. She went on to share that Prince George and Princess Charlotte “had a budget that they stuck to and paid for their own things with their own money.”

“Just normal well brought up children and a normal parent trying to do the right thing and that’s just lovely!” she added. I like to think they were buying a birthday present for their little brother Prince Louis, who turned 3 years old on April 23.

The Cambridge children are not just little shoppers; they’ve also been shopkeepers themselves with their grandmother Carole Middleton. They were seen at Middleton’s Party Pieces store in Bucklebury in the Berkshires, helping their grandmother with customers and working on the cash register like old pros.

Raising little heirs to the throne doesn’t stop Middleton from wanting her kids to have as regular a life as possible. During the pandemic, she was homeschooling her children along with everyone else. She even tried her hand at cutting their hair at home.

Taking them out shopping with their own money and encouraging them to stick to a budget truly seems like par for the course for the Duchess of Cambridge. And budgeting is a great life skill to have. Even for the future king.