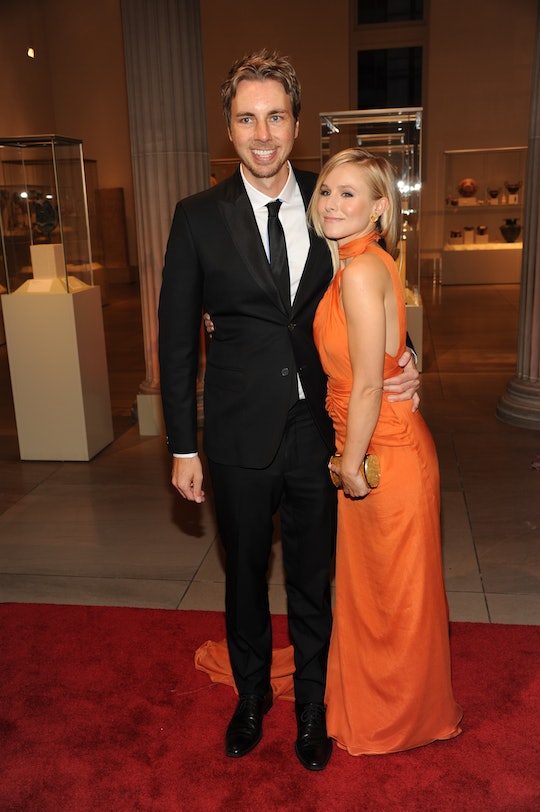 And Dax Shepard complemented the look as Thackery Binx!

Nothing says Halloween fun like a family dressed in matching themed costumes, and the Shepards certainly delivered this spooky season. Actress and mom of two Kristen Bell recently hopped onto social media to share a great picture of her whole crew dressed up as the Sanderson Sisters from Hocus Pocus. And Bell’s husband Dax Shepard dressed up as the movie’s immortal black cat Thackery Binx.

In a recent Instagram post, Bell, Shepard, and their two daughters Lincoln and Bell posed for a Halloween picture flanked by a couple of skulls and skeletons. Bell was dressed as the character Mary Sanderson from Disney’s Hocus Pocus, and she really hammed it up for the camera with a witchy expression. Bell’s kids wore red and platinum blonde wigs to perfectly look the parts of Sarah and Winifred Sanderson, played by Sarah Jessica Parker and Bette Midler in the beloved film. But it was Shepard who probably stole the show with this his expressive face and feline costume as he assumed the role of the witches’ immortal cat, Thackery Binx.

“The Sandersons and their Cat 🎃 Shoutout to our favorite Dad @daxshepard who works for weeks prepping his spooky Halloween Hayride for the whole neighborhood!!” Bell captioned the post.

Bell also got a little nostalgic about Halloweens past when she posted a few childhood pictures on Instagram. Apparently the Frozen star really loved to play dress up on the holiday as Bell shared several photos of herself in monster costumes and also a sweet shot from when she was just a tiny toddler in overalls excited by a pumpkin. “Halloween should be a day in which we honor monsters and not be mad at each other,” Bell captioned the post, quoting fan-favorite The Office character Michael Scott.

It should come as no surprise that Shepard pulled out all the stops on the holiday and even created a hayride for the neighborhood kids. Bell has previously sung the praises of her “dadbeast” partner. Shepard also seems to know his way around some outdoor chores and power tools, so he probably came up with an amazing DIY Halloween experience.

Whether they’re potty training or celebrating family holidays, Bell and Shepard are the kind of couple who are always down to share the fun and relatable details of their lives. Come next fall, we’re definitely hoping to peep a live stream from Shepard’s Halloween hayride!