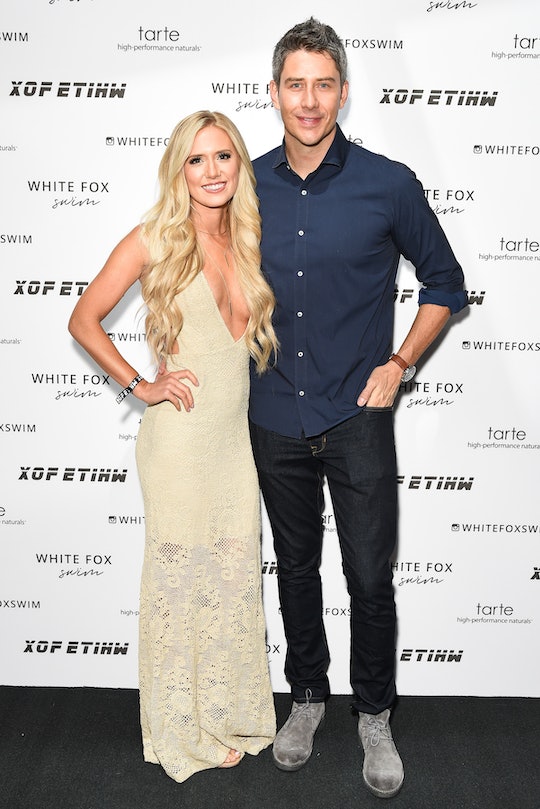 Now that they’re parents of three, things have changed considerably for former Bachelor couple Lauren Burnham and Arie Luyendyk Jr. Especially since they’re youngest children are baby twins, who are really affecting their parents’ sleeping situation. They’ve gone from the Bachelor Suite to separate rooms, apparently. Get that sleep however you can, that should be the motto for new parents everywhere.

Burnham and Luyendyk welcomed daughter Senna James and son Lux Jacob in June, two new little siblings for their oldest daughter, 2-year-old Alessi. That means the couple are currently dealing with 2-month-old twins and a toddler. They answered questions from fans about what that experience looks like for them these days during a Q&A session on their YouTube channel. And of course the twins’ sleep schedules came up, probably because it all sounds so exhausting.

“They’ll go down to sleep around 7:00, 7:30, and then we’ve been doing a dream feed around 10, and we just keep them in their swaddles,” Burnham explained. From there, Burnham says they’ll “usually sleep until around 3-ish” but Luyendyk disagreed, saying there is some pacifying of Lux in particular going on in the interim. “There are some nights when it is complete chaos.”

So how do they cope with that? They switch things up.

Lauren Burnham and Arie Luyendyk are dealing with sleep deprivation.

Rather than both parents staying awake all night every night, they take turns. “Lately we’ve been doing, I’ll sleep in the twins’ room, I’ll take a night. And then Lauren will take a turn the next night. We just switch on and off, just to give each other a full night's rest," the tired dad said. “Then the person who has a full night's rest handles Alessi first thing in the morning. It's working out pretty good.”

Splitting the sleepless nights is actually a recommendation from health experts like the Mayo Clinic, who recommends parents split duties to ensure everyone is getting enough rest.

As if on cue, Lux woke up from his nap to interrupt their Q&A because he was hungry. And the cycle continues. Fortunately for these busy parents, they really have each other’s backs. Burnham explained that focusing on splitting duties has helped with their mental health. “We can't both break down at the same time. One of us has to man up and stop complaining.”