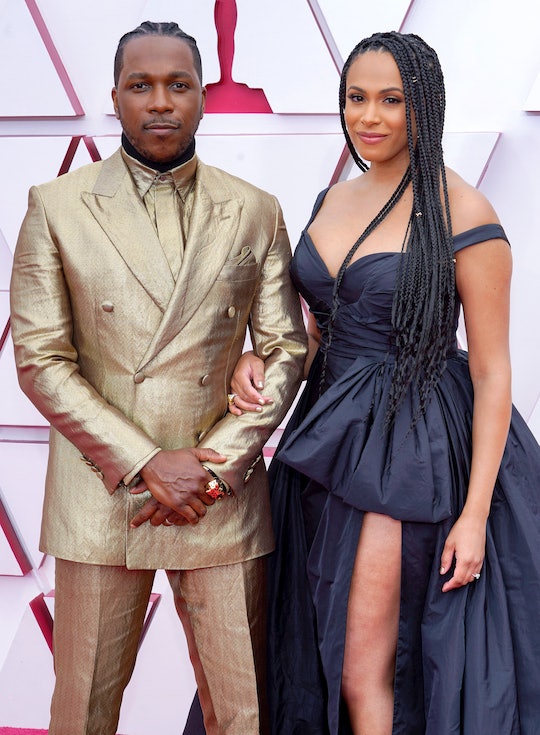 Leslie Odom Jr. & Nicolette Robinson Were Like All The Excited Parents On A Date Night At 2021 Oscars

“This is date night, baby!”

The 2021 Oscars really felt like an event after a year of Zoom, lockdowns, quarantine, and not seeing people ever. Especially for anyone attending who might be new parents, of course. Like Leslie Odom Jr. and Nicolette Robinson, who used Oscar night as a golden opportunity to enjoy just about the most glamorous first time date night after the birth of their baby boy Able Phineas on March 25.

“This is parents’ night out! Our first.” People reported that new mom Robinson told Giuliana Rancic on the red carpet. Odom Jr. chimed in, “This is date night, baby!” They are ready. To. Party.

Of course, the Hamilton actor has more to celebrate at this year’s Academy Awards than just getting a night out with Robinson away from their two little ones, Able and his 4-year-old big sister Lucille Ruby. He has been nominated for not just one, but two Oscars — one for Best Original Song for “Speak Now” as well as a Best Supporting Actor nomination for his role as Sam Cooke in One Night In Miami. A big night all around for Odom Jr., and his wife was there to support him looking glamorous. More glamorous than her more recent outfits of “sweatpants with spit-up all over us," she joked to Rancic. "This is a really big step forward."

The couple are happy to be out, obviously, but Robinson admitted to Rancic on the red carpet that baby Able is “the sweetest.” She added, “He’s a dream baby. We’re enjoying every second.” Considering that little Able wasn’t yet born just weeks ago when Odom Jr. was interviewed during the Golden Globes pre-show, it’s so wild to think of him being here for the Oscars. “We're weeks away. We're like, three weeks away," Odom Jr. had said during an interview on NBC's Golden Globes pre-show. "We're trying to store up sleep. Is that a scientific thing? Can I get as much sleep now, and then like a bank? Withdraw on it later?"

Now that little Able has arrived, the new parents can let their hair down and celebrate at the live Oscars. Like, an in-person event where they got to get dressed up and everything. Is there any better date night for new parents in 2021?