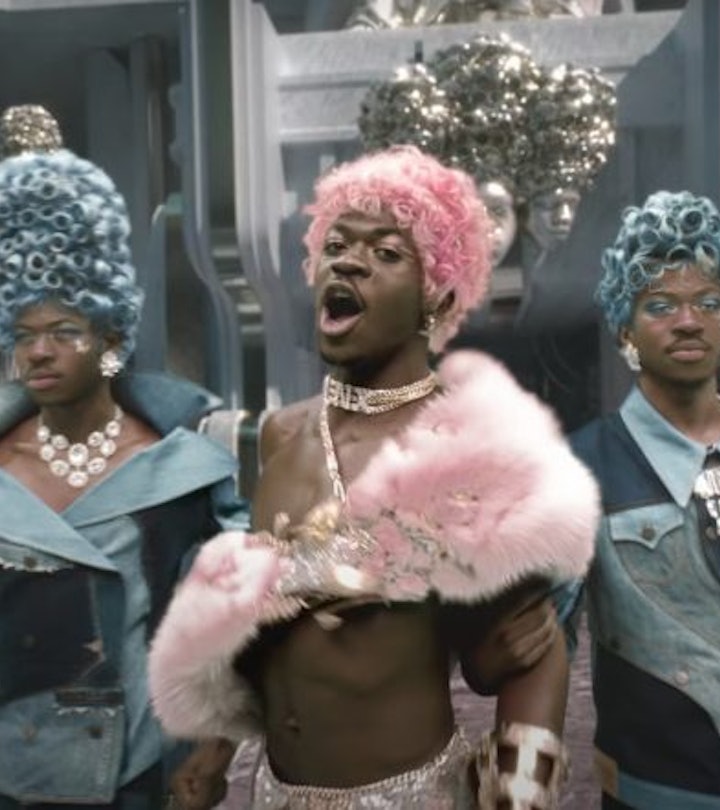 Critics are missing the point.

My son was 4 when he came home singing “Old Town Road by” Lil Nas X. We followed the musician and internet personality along his unprecedented entry into the country music arena and we just couldn’t quit the catchy song. Fast forward a couple of years to this month and the release of Lil Nas X’s single, “Montero (Call Me By Your Name).” The accompanying video, raunchy and filled with a released sexuality, has started a very important conversation about the type of musical artist that our kids, particularly our Black kids, should be looking up to.

If you haven’t seen the video for “Call Me By Your Name,” allow me to set the scene. It starts with Lil Nas X in the Garden of Eden. He then descends into Hell on a pole. While there, he seduces, kills, and replaces the devil. The video sends a clear message that Lil Nas X is here, he’s owning his sexuality, and he wants us all to just deal with it.

As a Black woman, I wanted to like this video and this song. But, as a mom of two impressionable children of color, I have to be honest. Here’s what I really think:

I’m obsessed with it.

Lil Nas X’s testament to unapologetically being himself shows kids the incredible power of self acceptance, especially in the face of hate and racism. It’s true that his first hit song had mass appeal for all ages. “I came into this industry and I’ve always been a nice person, I’m always going to be a nice person. But people painted me as, I guess, the perfect person, super kid-friendly,” the artist, who was born Montero Lamar Hill, told Variety earlier this month. “And I mean, yeah, I am that guy sometimes, but I am also a grown-a** adult that does adult things. I’m a Lil Nas, but I’m also Montero.”

In the midst of receiving backlash for the video — with many shocked that he would create something so daring, testing the limits of our perceptions about religion, God, and sexuality, all in one — he lit a second controversy this week with his “Satan Shoes,” a collaboration involving 666 pairs of altered Nike Air Max 97s allegedly each made with one drop of blood. Elected officials, pastors, parents, and television personalities have weighed in, including South Dakota Governor Kristi Noem who declared, “We are in a fight for the soul of our nation.” Most of these critics are completely missing that the video and the sneakers are a direct response to malicious perceptions that queer people are going to Hell, simply for living the lives that make them happy.

This message of unapologetic self-love is even more important for Black kids.

This message of unapologetic self-love is even more important for Black kids. They get messages in every facet of their lives that they don’t belong, that they are not enough, that there are spaces where they should not be, that they should shrink themselves to fit white ideals, that who they are should be criminalized. Lil Nas X is a bold testimony of a Black young man who is rejecting all of that by taking up space and breaking down doors.

Lil Nas X is deconstructing how society tries to define Blackness. We’re told that we can only be successful if we dress a certain way. We’re sent the message that, to fit in in professional settings (including school), our hair needs to be straight or slicked back for women and cut short for men. Black queer men are sent a clear message about how they need to behave in order to be safe from homophobia and racism. Lil Nas X is throwing all of that out the window. With bootie shorts and bare chest, dreadlocks and makeup, he is defining his Black identity on his terms. He is not confining sexuality to binary norms put forth by a society that attempts to fit people into heteronormative boxes. We urgently need more role models who can show that being different is beautiful and to be celebrated. It’s a lesson for all of us.

Lil Nas X took home four Billboard Awards in 2020. Amy Sussman/BBMA2020/Getty Images
“In life, we hide the parts of ourselves we don’t want the world to see. We lock them away; we tell them no. We banish them.” -Voiceover at the start of “Montero (Call Me By Your Name).”Lil Nas X Official Youtube
1/2

Parents may have seen the video (or just read about it!) and may think that the content isn’t appropriate for kids. The reality is that Lil Nas X is an adult. He can make music and art that is applicable to his age and his journey in life. It’s up to parents to determine what online content is appropriate for your kids’ ages, and in line with the conversations about sexuality and religion you are having. Online content that is appropriate for kids aged 16 won’t be the same as for your 6-year-old. You can choose to share with your kids the artist’s story, his message, and his red carpet brilliance without sharing the video, if it seems inappropriate. As a parent, I have control over my children’s digital and television diet. The reality is that not all content is applicable to all kids and that’s OK. We adults can enjoy things, too!

No matter how little or how much of Lil Nas X’s work and words you share with your own children, it’s undeniable that he is a force for good for our kids. By pushing boundaries and using criticism to fuel his art and creativity, he is setting an example that one can be exactly who one wants to be, as bold, beautiful, out-of-the-box and daring as that is.

When I saw the video for “Call Me By Your Name,” I saw a young Black man boldly expressing himself in a stunning manifestation of art and technology. This video blew my socks off in a way that only intentional and purposeful art that is made from the depths of one’s artistic soul can. I want my kids to see joy in Lil Nas X’s self-expression. As a Black mother, I am grateful to him for setting an example of the type of unapologetic self-acceptance and self-love that all Black kids deserve in the face of a society that tries to tell them differently.