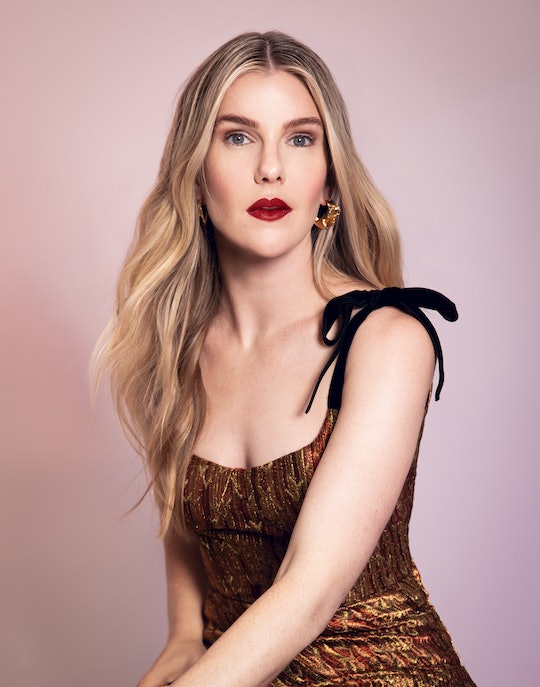 A Conversation With Lily Rabe: Motherhood Made Career Decisions So Much Easier

The American Horror Story icon on having her second baby in lockdown, getting back on set safely during COVID, and her latest show, Tell Me Your Secrets

Lily Rabe is that rare breed of actor who transforms herself with each role and yet, no matter the size of the part she plays, she effortlessly steals the scene.

Whether she’s acting alongside Nicole Kidman (and her many coats) in The Undoing or playing a pivotal role in eight of nine American Horror Story seasons, she has undoubtedly become one of the most compelling actors of her generation.

Now in her leading turn in Amazon’s Tell Me Your Secrets, she puts her chameleon-like skills to the test as Emma, an ex-convict who must transform completely to keep both her life and her secrets safe.

I caught up with Rabe recently to talk about having a baby in lockdown and how motherhood has completely shifted her ambitions.

Romper: So you're back on set? What’s that been like in the middle of … all this?

Lily Rabe: Yeah, I'm doing my third job now — you know, in this time. It's amazing how quickly we adapt. It's been really interesting doing multiple jobs, and my boyfriend had a job, so in a way, I've sort of watched four different productions move through COVID. We're all learning on our feet. But we all have the same goal, which is to be able to do our work and to keep everybody as safe as possible.

I remember my first job back, it was a bit like learning a new language very quickly. I think the hardest part is probably just that so much of what we do is about connecting and about intimacy with your crew, you know, that feeling of connection and closeness. But the truth is, you can still accomplish the feeling even from a distance. I really appreciate and feel strongly that we can still have that feeling.

Romper: And you also had a daughter in June?

LR: Yeah, it's been, it's wild. When I actually think about how few people my baby has met or who have held her, it’s shockingly small. But the thing that I'm so amazed by is that she still does light up when she’s around people, she knows that someone is smiling under their mask and that is just so moving to me. It's so incredible, the desire to connect, and joy at human connection, no matter how it is, even if it's so different from the kind of connection we’re used to.

It’s like what I was talking about on set, it's so different from the way that we used to connect, but then we do just find these new ways. And watching my baby, she has such a kind of joyful spirit, meeting new people, and I was nervous that she might feel afraid, because of the way we keep distance, but I don't sense that from her.

In a way I think it's harder on the adults, because we're stuck in our ways and kids are so resilient, their ability to adapt is inspiring. So you know, I'm trying to sort of lean into the things that are positive but my gosh, it will be nice to show my baby to the people that I love.

Romper: Yes, absolutely. I also had a daughter around the same time and I don't know if you felt this, but the radical difference between what that first year of having a baby was the first time around and what it’s been like this year, I mean it’s just been so lonely.

LR: Yeah. You know, it's those little things, too. Like I was out at the park with an old friend, you know, we were very distant and masked and I had to tie my shoe and I was holding my baby. And I was like, God, this is so strange, that I can't just hand my baby to her while I tie my shoe. It’s those little things that of course, we take for granted.

But I am also a little bit of a loner, and I do actually love that period of solitude with a newborn.

Romper: You’ve taken on so many interesting, great roles in the past few years while also taking care of two small kids and I'm curious to know how your approach to work has changed or if it has changed because of motherhood?

LR: Yes. You know something that I've noticed, that happened immediately, was my ability to make decisions. I've never been the greatest or most critical decision-maker. And I feel like with my work, something that changed just instantly was the clarity with which I made choices. And I think it became easier to say no to things and it also became easier to say yes to things that I knew I wanted to do.

It was just like everything was in sharper focus, if that makes sense. And you do just like, have less time. So that helps, too, in terms of clarifying decisions and where you're going to put your time.

But I also just felt clear about what I wanted and who I wanted to spend my time with. And I'm so grateful for that.