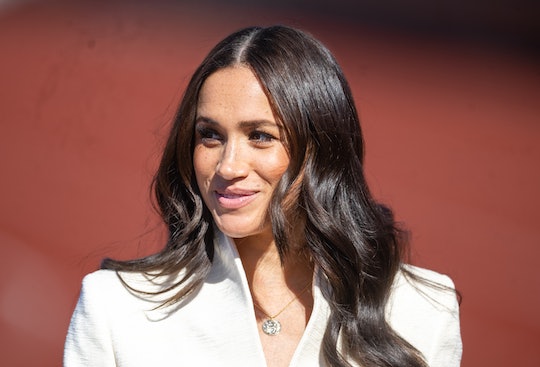 The Duchess of Sussex went full boots on the ground during the formula shortage.

Time and again, the Duchess of Sussex has found ways to offer support in ways both big and small and, perhaps most notable, without telling anyone about it. Her friends, however, have no such reservations. Tyler Perry recently told 800 people at the Baby2Baby Gala in West Hollywood that Meghan Markle really stepped up during the infant formula shortage earlier this year. By personally putting boots to the ground in search of formula for a family. She never said a word about it but Perry let folks know about Markle’s dedication to helping others. Especially women and families.

Perry explained to the 800 guests present that one of his employees, like millions of other Americans this past spring, was struggling to find infant formula for their child, according to Vanity Fair. And so he hit the road himself in search of formula, driving from city to city and unfortunately coming up short. He reached out to Markle and Prince Harry, who were in London at the time, presumably to celebrate Queen Elizabeth’s Platinum Jubilee in June, and asked if there was infant formula available in stores in the UK. According to Perry, Markle went out looking, despite being incredibly busy as a mom of two herself. And when you consider what Markle’s time in London looked like, with the paparazzi hounding her every footstep, that was no small feat.

Markle’s fans will not be surprised by her willingness to help out. The mom of 3-year-old Archie and 1-year-old Lilibet has a history of philanthropy, in fact appears to have very much made it her life’s work to be of service to others. Like when she sent snacks to Moms Demand Action when they were advocating for firearms safety in June, for instance, or sent advocates working on demanding paid leave for parents Starbucks gift cards in a show of support and solidarity.

Perry has, of course, stepped in to help Markle in a very big way in the past. When she and Prince Harry stepped down from their senior roles in the royal family and returned to North America, Perry offered Markle the use of his Los Angeles home as a refuge until they bought their own home in Montecito.

Markle is a helper. And she found a fellow helper in pal Tyler Perry. Lucky for the rest of us.