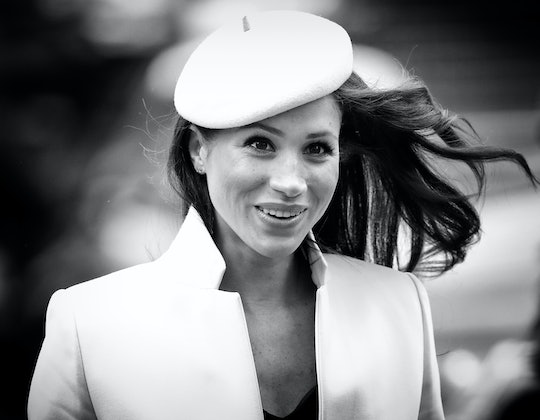 She doesn’t mind getting political.

Members of the royal family have a history of staying mum when it comes to politics. Queen Elizabeth herself did not offer commentary or political affiliations during her seven decades on the throne, nor did her father King George VI. It must have been something of a struggle for the Duchess of Sussex to stay out of politics during her time as a senior member of the royal family, particularly as she had been vocal about her beliefs prior to marrying Prince Harry. Now, though. Meghan Markle can wear her “I Voted” sticker with a big smile on her face and even encourage people to get out and vote without fear of repercussion.

On Election Day this year, Markle reminded fellow Americans to get out and vote with a photo of herself wearing a baseball cap, rain coat, and an “I Voted” sticker on the website for Archewell, the charitable organization she and Prince Harry created. “Today is Election Day in the US! Time to get out and vote!” the website read on Nov. 8, adding that people can text “ARCHEWELL to 26797 to find your polling location.”

Markle also provided some “helpful reminders as you prepare to vote,” including a link to polling locations and hours, a reminder to make sure to have the correct identification, and perhaps most on brand for this snack mom, a nudge to bring snacks, comfortable footwear, and a book in case of long lines at the polls.

This is not the first time Markle has been vocal about the importance of voting. Back in 2020, several months after she and Prince Harry stepped back from their senior royal roles and moved to California to raise 3-year-old son Archie and 1-year-old daughter Lilibet as private citizens, she opened up about why she was voting. “I know what it's like to have a voice, and also what it’s like to feel voiceless,” Markle told Marie Claire. “I also know that so many men and women have put their lives on the line for us to be heard. And that opportunity, that fundamental right, is in our ability to exercise our right to vote and to make all of our voices heard.”

Before becoming a member of the royal family, Markle was very vocal about politics. Even admitting in 2016 that she would consider moving to Canada if “divisive” Donald Trump was elected president. And we all know how that went. Another reminder to get out and vote.