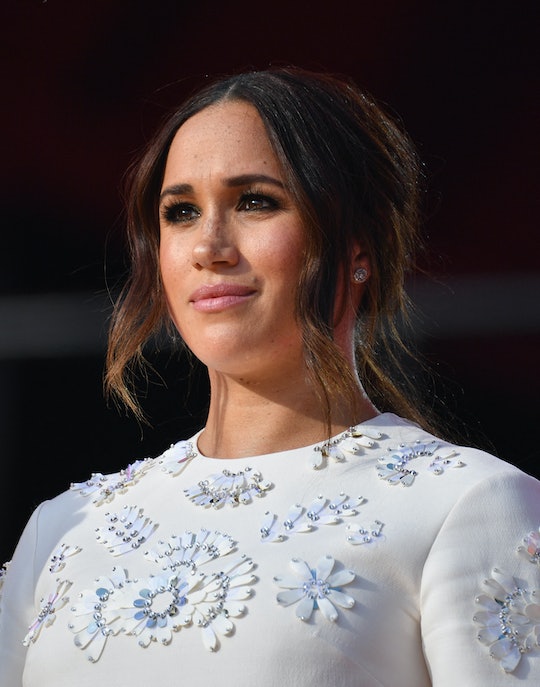 “They were gripping and painful.”

There’s a reason why Meghan Markle’s Archetypes is one of the most talked-about podcasts. The Duchess of Sussex is committed to reaching her millions of fans with insightful content that aims to “investigate, dissect, and subvert the labels that try to hold women back.” In the latest episode, Markle sat down with Issa Rae, Ziwe, and Professor Emily Bernard to tackle the judgments people make about women of color. She deftly explored the label of the “angry Black woman” and opened up about her reaction to Judge Ketanji Brown Jackson’s Supreme Court confirmation hearings.

As part of Markle’s discussion with Professor Bernard on the stereotypes Black woman face, the academic pointed to Jackson’s groundbreaking political moment. “My mind immediately goes to the image of Judge Ketanji Brown Jackson during her confirmation hearings and how she sat with so much poise and grace and openness as a gallery of senators tried to discredit her, who tried to undermine hesaid Bernard.

"Some of the things they said to her would have infuriated me. And I know, I know they probably, you know, maybe they infuriated her. And I was angry for her that she couldn't be angry,” the professor continued.

After a clip from the hearings was played of Sen. Marsha Blackburn asking Judge Jackson to define “woman,” Markle shared her reaction to the historic proceedings. “I remember watching these hearings in the spring of 2022. They were gripping and painful. And in front of those senators on the Judiciary Committee, then-Judge Jackson, she remained poised and composed – no matter what was happening for her underneath the surface. Which I can only begin to imagine,” the duchess said.

In previous episodes, Markle has also not shied away from talking about difficult topics such as race. When she sat down with pop superstar Mariah Carey, she shared this compelling revelation about her relationship with Prince Harry: "I mean, if there's any time in my life that it's been more focused on my race, it's only once I started dating my husband. Then I started to understand what it was like to be treated like a Black woman," she said.

This is also not the first time we’re hearing Markle share some thoughts about Judge Jackson. In an op-ed written for URL Media, Anita Hill wrote about a conversation she had with the Montecito-based mother of two. "For the millions of young women who will rightfully find inspiration from this moment, let’s remind ourselves that Black achievement is something that exists not just today or yesterday, and not just in moments of celebration, but as a fabric woven into the entire chronicle of the American story,” Markle told Hill

At the end of the episode, Markle also chatted with actor, writer, and producer Issa Rae. The Duchess of Sussex shared how proud she was of her fellow-LA girl for the powerful material she creates. And while most Archetypes episodes end with Markle’s reflections in her own words, this time the Duchess of Sussex turned to another source, and Twitter was definitely here for it:

Markle explained that she wanted to juxtapose the unfair trope of what the “angry Black woman” looks like with what the strong Black woman feels like. And whether you’re a fan of royals, politics, or podcasts, there’s probably one thing everyone can still agree on: it’s always the right time to revisit “Still I Rise” by Dr. Maya Angelou.