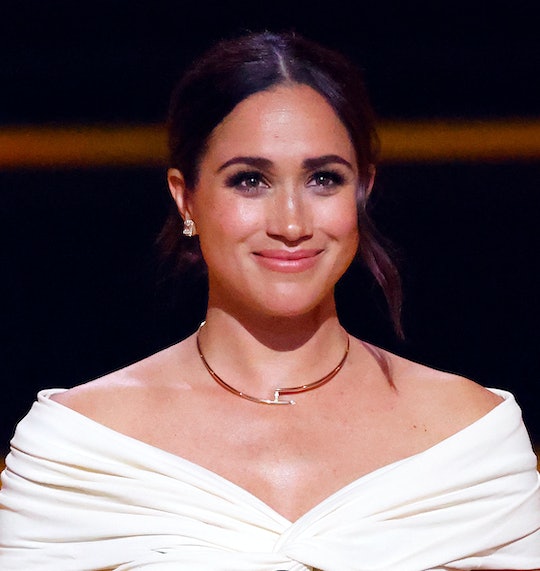 “Working moms are asked to shoulder so much.”

Meghan Markle is tackling an issue near and dear to her heart with her latest philanthropic endeavor. The mom of two has joined the Marshall Plan for Moms, a campaign centered on advocating for policies supporting mothers, with her Archewell organization. And she is particularly invested in supporting working moms who have been “asked to shoulder so much” throughout the pandemic.

The Marshall Plan for Moms is currently organizing a “National Business Coalition for Childcare” in an effort to expand childcare support for workers. The organization released a study of more than 1,000 mothers with young children that found childcare support to be a deciding factor in their employment decisions, with 69% of those surveyed saying they would be more likely to choose an employer who offered on-site childcare. A lack of childcare had a real detrimental effect on more than half of the moms surveyed, with 53% reporting that they reduced their hours, left temporarily, or moved to a less demanding job because of childcare concerns.

The Duchess of Sussex, who is herself a working mom of 3-year-old son Archie and 11-month-old daughter Lilibet, has signed on to support the initiative along with husband Prince Harry through their Archewell foundation.

“Families everywhere, and especially working moms, are asked to shoulder so much,” Meghan said in a statement. “This has only been heightened by the pandemic, with increased caregiving responsibilities, rising prices, and economic uncertainty. As it's been said many times, it takes a village to raise a child. Today, we're sending a message that childcare isn't just a community imperative — it's a business imperative. Creating a stronger workforce starts with meeting the needs of families.”

Meghan has been advocating for support for working parents for quite some time. In October 2021, she wrote to Senate Majority Leader Charles Schumer and Speaker of the House Nancy Pelosi to advocate for parental leave. “The working mom or parent is facing the conflict of being present or being paid. The sacrifice of either comes at a great cost,” the Duchess wrote in a letter shared by Paid Leave for All. “For many, this sacrifice goes back further than the past 20 months; it’s 20 or 30 years, even longer — decades of giving time, body, and endless energy not just in the pursuit of the American dream, but simply the dream of stability.”

Meghan’s continued use of her platform to amplify issues affecting real working moms is a credit to her. She might be in a position of deep privilege, but she proves time and again that she just gets it.

More Like This
Meghan Markle Calls On Men "To Be Vocal" In The Aftermath Of Roe v. Wade Ending
Meghan Markle Proves Once Again She's Totally Going To Be A Snack Mom
Princess Charlotte Got So Excited To Shake A Royal Fan's Hand
Prince George Hosted A “Little Cake Sale” For One Of His Dad's Favorite Charities