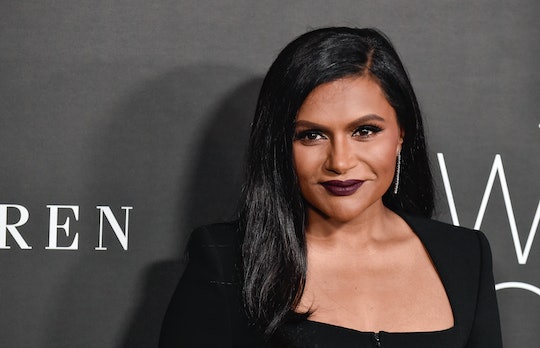 Trick-or-treating time is quickly approaching, but Mindy Kaling’s 4-year-old daughter Katherine “Kit” Kaling is not quite ready. You see, she still has to put on her costume, grab her bucket for candy, and practice all the moves to Michael Jackson’s “Thriller” before she’s ready to go! The adorable little girl is hard at work to nail the zombie dance, which you can see in a new video Kaling posted to Instagram yesterday. It might just be the cutest thing you’ve ever seen.

In the video, Kit wears a sweet, strawberry-print dress and stands in front of the TV in the living room. The music video for the 1982 anthem is playing on the screen, as the preschooler moves her arms and her hips to mimic Jackson’s iconic steps. She is intently studying each move then reciprocating, complete with arm movements, head shakes, and even a little leg lift. How Kaling is keeping a straight face while filming this is beyond impressive!

“Watching Thriller on repeat to learn the moves by tomorrow? 🧟‍♀️🕺🏽🎃🤞🏾” Kaling wrote in the caption.

The Office alum’s 2-year-old son Spencer makes an appearance in the video as well. He’s standing on the couch near Kaling, also watching “Thriller” on TV and shaking his hips like his older sister. Hopefully this means the little ones will be dressed as zombies tonight for Halloween because that would be perfect!

When Kit was little, Kaling dressed her up as a lion, and she wore a bright yellow mustard bottle costume. “Happy Halloween from this bottle of mustard and her little lion ❤️🦁🎃,” she wrote on Oct. 31, 2018.

For Halloween 2020, Kaling decided to stay home and vote for Halloween. “What are you going to be for Halloween this year?” she wrote on Oct. 24, 2020. “I’m going to be a mother of 2 who stays at home and early votes.” Although she did end up dressing as the main characters from Little Fires Everywhere starring Reese Witherspoon and Kerry Washington.

There’s no clue yet as to what Kaling will be for Halloween this year — maybe Michael Jackson?! — but it if Kit’s dance moves are any indication, it’s going to be amazing!