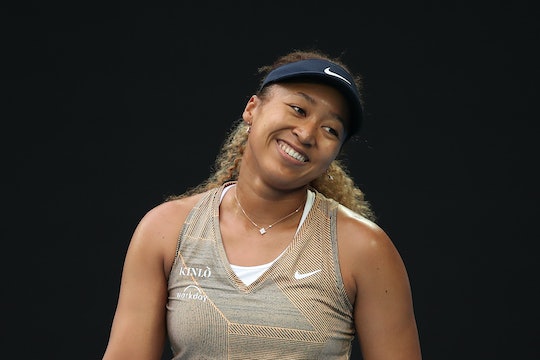 “I hope this book inspires kids to chase their dreams.”

Naomi Osaka has been inspiring kids on the tennis court, and soon in literature too. The four-time Grand Slam champion will be releasing her very first children’s book called The Way Champs Play this holiday season to inspire children to believe in themselves and celebrate the fun of sports.

“So excited to finally announce the release of my first children’s book, The Way Champs Play,” Osaka announced on social media on Tuesday. The Way Champs Play will be released on Dec. 6 and is published through Osaka's production company Hana Kuma. The picture book is illustrated by Kamala Nair. “I hope this book inspires kids to chase their dreams and encourages them to believe they can do anything they put their minds to.”

The tennis champion added that the book holds a “special place in her heart” and that proceeds from it will go towards her Osaka's Play Academy foundation, which “aims to change girls’ lives through play and sport.”

Osaka told People she hopes her new book will help young girls find confidence and see the beauty in sports. “I wanted to reach young girls in a way that they would enjoy and understand and it was really fun to simplify and celebrate girls in sport,” she shared with the magazine.

In the same interview, Osaka admitted that she is finding her own confidence and it’s another reason why the book means so much to her. “It's really a process and something I work on daily,” she told People. “I hope that young girls see the beauty and benefit in sports and to remember that no dream is too big to dream... I also love the message that reminds young girls to also have fun, it's something that I think we lose and it's an important part of the game.”

Nair, the book’s illustrator, also shared an image of the cover and said the book is “all about celebrating all the ways that champs play!” She added on Instagram, “I'm humbled to have the opportunity to work with @naomiosaka.”

The upcoming children’s book is one of Osaka’s many recent accomplishments. Last year, the 24-year-old tennis player was named the highest-paid female athlete in the world by Forbes. And this past year, she released a skincare brand called Kinlò, and co-founded her own sports agency, called Evolve.

The Way Champs Play hit book shelves on Dec. 6. Pre-orders are available now and come with a signed bookplate from Osaka herself.