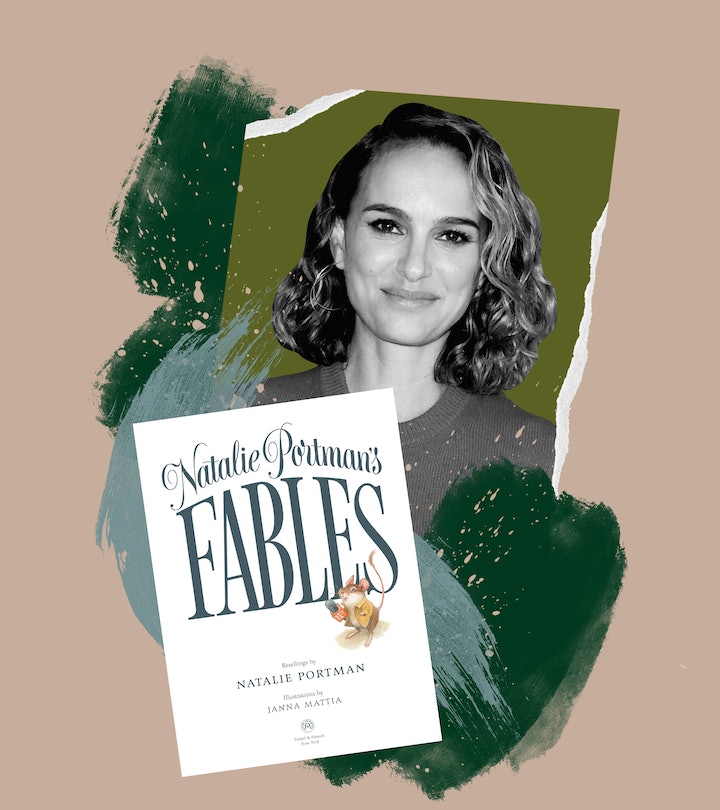 Natalie Portman Was Tired Of Sexism In Children's Classics, So She Rewrote Them

Finally, some girls in our most cherished stories.

For the majority of my toddler’s life (he’s almost 3), my husband and I have read him the same books we loved as kids in the '70s and '90s, respectively — stories like The Cat in the Hat and Where the Wild Things Are. In fact, we’ve read the latter so often that we can each do a dramatic reading on command. This summer, however, we forgot to pack books for a stay with my in-laws and turned to a handful of dusty classics I hadn’t read since I was a child. As I began reading The Little Red Hen, I found myself changing the parts of the story I found outdated. It wasn’t a great reading experience for either my son or me. At the end of it, I thought about how so many time-honored kids stories could really use an update.

Natalie Portman felt the same way about reading them to her own children, which sparked the idea for her new children’s book, Natalie Portman’s Fables. “I was frustrated with the classic stories. I wanted to read them to my kids, and every time I would, they were all male characters, and I would have to change the genders while I was reading it,” she tells me on the phone. “I wanted to do new ones, because I think that the stories are really valuable and have incredible messages that we want to keep. I don't want to throw away the stories that I grew up on.”

In her book, beautifully illustrated by Janna Mattia, Portman offers modern retellings of the three childhood favorites she most wanted to update for contemporary readers: The Tortoise and The Hare, The Three Little Pigs, and Country Mouse and City Mouse.

“I was kind of looking back through the classic stories and figuring out which were the morals that felt relevant today. The Tortoise and the Hare feels so important right now because everything is increasing exponentially fast with technology. Actually taking time to pay attention to what’s around you, that feels like a manifestation of love, almost. The Three Little Pigs also felt very relevant with paying attention to the materials you're building with in order to be sustainable. [...] And then, Country Mouse and City Mouse [is] very much about the superficiality of the city life, and how you need friends who care about you for who you are,” Portman explains.

Actually taking time to pay attention to what’s around you, that feels like a manifestation of love, almost.

She went with stories about animals to make sure no kid feels excluded. “When I was a kid, I would always find the brown-haired girl and relate to her because ‘that one's like me,’” she recalls, but many kids rarely or never see one "like them" in books.

In recent years, more and more new children’s books have begun to reflect the diversity of the children reading them by including human characters of every stripe. But by reimagining stories that center rabbits, pigs, and mice, Portman ensures that no one gets excluded. "I felt that all kids would have equal access to the animals because none of us are [farm] animals," she says. She also took care to make sure the book equally represents girls, who are often absent from classic nursery- and kindergarten-level stories. “For both boys and girls, it's important to be relating to female stories,” Portman says. Fundamentally, reading is a “practice of empathy.”

Each updated fable in the collection feels truly fresh, a modernized narrative offering timeless lessons. Most importantly, Portman understands that the key to winning kids over is a touch of silliness. I read all three stories to my often-antsy toddler, and he was rapt the entire time. At the end, I asked him his favorite, and he laughed and said, “the turtle one.” Eventually I got him to admit why: It includes the word “poop,” which in my memory was not part of the original telling.

The humor and lightness is no doubt a holdover from Portman’s own childhood favorites. “The Baby-Sitters Club books were a huge part of my life,” she says. And which one of the gang of amazing girls would she be? “I feel like I would be Stacey with a little bit of Dawn.”

For both boys and girls, it's important to be relating to female stories.

Re-envisioning some of our most beloved children’s literature is an ambitious project, but that is partly why Portman embraced it. When they are inclusive, fables pass their lessons on to the smallest readers in a way they understand — and want to share with others. Portman has witnessed that transmission as her own children interact with her book. “It’s been so awesome to get to read it with them, and my daughter now requests it. My son will also read it to my daughter. They've got this nice big age gap between them, so we have that ability. And that’s been incredible.”

Natalie Portman's Fables will be released by MacMillan on Oct. 20, 2020. You can pre-order your copy here.