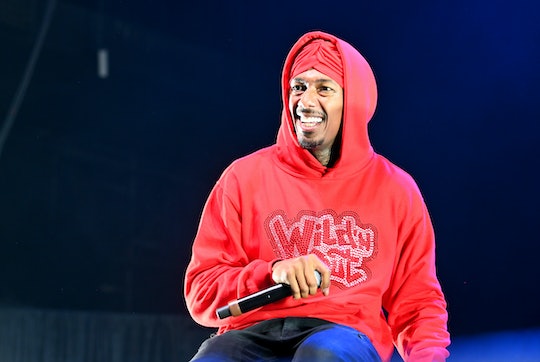 And you thought your bills were high!

No one said being a father of 12 would be cheap! Indeed, Nick Cannon’s parenting duties cost him a hefty chunk of change. The Masked Singer host recently shared a ballpark estimate of how much he pays yearly in child support and, as you might expect, it's in the millions.

The revelation comes shortly after legal expert and family law attorney Goldie Schon speculated to The U.S. Sun that Cannon, 42, could be dropping nearly $3 million a year for his children. “If he is taking home somewhere upward of $5 million a year, you have to look at what it would take to have the children kept in the lifestyle of both parents,” Schon told The U.S. Sun. “Dad is clearly a public figure and makes a substantial income ... The lifestyle has to be the same with mom as it is with dad.”

The television host, actor, and musician caught wind of the Nov. 10 report and told The Neighborhood Talk that the amount is actually much larger and refuses to be part of the child support system.

“I definitely spend a lot more than that on my children annually,” he said on The Neighborhood Talk. “I don’t plan to ever have to participate in the governmental system of child.”

Cannon is the father of twins, Monroe and Morrocan, 11, with ex-wife Mariah Carey; Golden, 5, Powerful, 18 months, and Rise, 1 month, with Brittany Bell; Legendary Love, 4 months, with Bri Tiesi; twins Zion and Zillion, 17 months, and newborn Zeppelin with Abby De Rosa; and Onyx, 2 months, with Lanisha Cole. He also shares a late son, Zen, with Alyssa Scott, who is currently pregnant with his 12th child.

While Cannon has not shared any specifics, according to Schon, the child support payments could break down into the following: nearly $40,000 a month for Onyx and her mom, Cole; between $60,000 to $80,000 a month to Golden, Powerful, and Rise, and their mom, Bell; and $600,000 to $750,000 a year for De Rosa, which Schon suggests could total up to $1 million with the addition of baby Zeppelin. Schon estimated Tiesi is getting around $40,000 a month for Legendary. But she does not believe he provides financial support for Moroccan and Monroe. Instead, she suggested that mom, Carey, may be paying him instead. But there is no way to tell how much each mother receives since there are no public records.

“This man actually has the ability to have children with women who don't litigate against him,” Schon told The U.S. Sun. “He's clearly been so generous with his finances and his income that he's stopped them from going to the courthouse ... Nick may very well be keeping his mothers and children financially stable, the hard part is being there for the children and parenting. I would like to see Nick do more of that.”

It seems Cannon tries his best to be an active, engaged father in all of his kids’ lives. “Contrary to popular belief, I’m probably engaged throughout my children’s day, more often than the average adult can be,” he shared in a June interview with Men’s Health. “If I’m not physically in the same city with my kids, I’m talking to them before they go to school via FaceTime and stuff. And then when I am [in the same city, I’m] driving my kids to school, like, making sure I pick ’em up. All of those things, making sure [I’m there for] all extracurricular activities. I’m involved in everything from coaching to having guitar lessons with my daughter every week.”

“I love my children,” he added in the same interview. “I love the people that I’m involved with. People even often ask, ‘Are you gonna have more, you gonna stop?’ I’m like, those are questions that I don’t, I don’t really even sit around and think about. I’m just walking in my purpose and trying to be the best father and best provider I could possibly be.”

And the love appears to go both ways. During the podcast, Lovers and Friends with Shan Boodram, De La Rosa, who considers herself Cannon’s primary partner, elaborated on this subject and spoke about her co-parenting relationship with Cannon. “He does his best to be a present co-parent, a present parent, a present father,” she said.